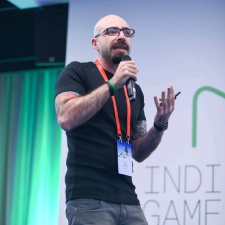 The head of design at Battlefield marker DICE, Fawzi Mesmar, has departed the company.

That's according to VGC, which reports that the developer is leaving the firm following the launch of Battlefield 2042. Said news was announced in an email to staff with his final day at the company being tomorrow (Friday, November 26th).

An EA rep confirmed the news, saying: “Fawzi Mesmar is leaving DICE at the end of the week. We wish him the best in his future endeavours.”

Mesmar joined DICE back in September 2019 having previously been studio director over at Candy Crush maker King.

“It was an absolute pleasure to serve on the best design teams in the galaxy,” Mesmar said in an email to staff. “The incredible design work that you do continues to inspire me every day. Thank you for putting some faith in me, I hope I didn’t disappoint.”

He continued: “I have been made an offer I couldn’t refuse at another company that has been kind enough to wait for me until we have shipped [Battlefield 2042]. It was super important to me to be here with the team as we achieve this historical milestone.

“While Oskar [Gabrielson, studio GM] and myself have been discussing my succession plans for some time – and it will be announced in due course – we opted to delay this communication till after launch to keep the focus – rightfully so – on the game we’ve been putting a monumental amount of effort on.”

This is seemingly unrelated to the rather troubled launch of Battlefield 2042, with Mesmar leaving to join another venture in Stockholm.

Disclaimer: Alex Calvin is a freelancer who has worked with DICE on various projects.