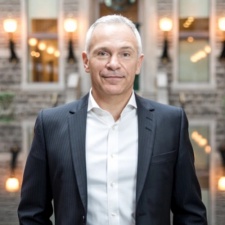 The number of people working within the Montréal games industry has gone up by around eight per cent over the last ten years.

That's according to the CEO of local economic promotion agency Montréal International, Stephane Paquet (pictured), who told GamesBeat that something like 15,000 people no work within the city's games scene.

That's spread across 200 studios, though the organisation says that it is working on recruitment with 17 "key" studios, another 12 studios and an additional five visual effects companies.

"If you’re only talking about the game industry, not what we call the creativity hub, we’re about 15,000 people now," Paquet said.

"That’s grown by about eight percent per year for the last decade. It’s still growing. We still get newcomers. The last trend, and I think you wrote about this, was TiMi arriving, but they’re not the only one. We’ve seen the studios from Asia coming in during recent years, but they’re from other places as well. We’re still working with other players, content players, either coming to Montréal because they’re not here yet, or they’re already here but they want to grow faster than they thought when they arrived. We’re working on expansion, but also on new studios arriving."

Montréal has long been a hub for games development, not least due to the city's generous tax relief which incentivised firms such as Ubisoft to set up shop in the region.

More recently, Gearbox announced it was opening a Montréal studio, while Tencent's TiMi is also establishing a presence in the area.