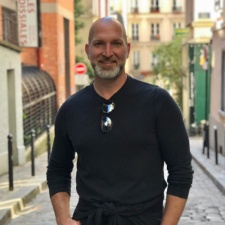 The co-creator of the Halo franchise of sci-fi shooters Marcus Lehto has joined Electronic Arts.

The development veteran announced the move on LinkedIn, saying that he had been hired by the publishing giant as a game director for a brand new studio. This development outfit is based in Seattle and is going to be building a first-person game.

"I can’t wait to share more about what we’re creating," Lehto wrote.

This new studio is currently unnamed. It comes in the wake of EA setting up a brand new developer headed up by Monolith Productions veteran Kevin Stephens, so in the Seattle area. It's unclear if this is the same studio that Lehto is working at, but it does appear that Stephens' new venture is called Neon Black Studios. That latter developer is named as working on an open-world action-adventure title.

DICE LA recently was rebranded as Ripple Effect, too.

Lehto's previous venture was V1 Interactive, which released Disintegration in June 2020. That studio was closed down the following March. In September of this year, he teased his return to game development.