EA might have a new developer called Neon Black Studios 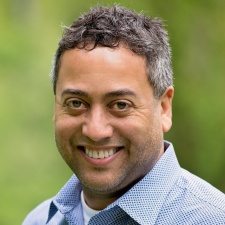 It would seem that US publishing giant Electronic Arts has trademarked the name of its next game developer.

As reported by VGC, EA has filed a trademark with both the US Patent and Trademark Office and the European Union Intellectual Property Office for 'Neon Black Studios'.

While it's not clear what this directly relates to, there's speculation that this is the name of the brand new studio that EA announced back in May. The firm revealed that it had hired the former vice president of Warner Bros' Monolith Productions, Kevin Stephens (pictured), to head up a new developer.

Said studio is working on a new open-world action-adventure project, which is perhaps unsurprising given Monolith's recent output of Middle-earth: Shadow of Mordor and Shadow of War.

"Kevin is an exceptionally talented game developer leader and we look forward to supporting him while he builds his team. As someone known for his open-world action-adventure games, we know players will be eagerly awaiting more details on this new studio and its projects."