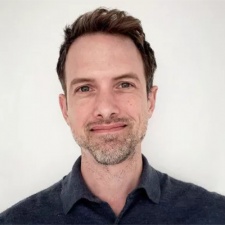 Amazon Games has hired Alexandre Parizeau as the head of its new Montreal studio.

As revealed by The Hollywood Reporter, he is apparently going to be working on that developer's brand new triple-A competitive multiplayer IP. Parizeau was previously the managing director of Ubisoft Toronto where he worked for almost eleven years between 2010 and 2021. During his time at this outfit, he is credited on entries in the Far Cry, Watch Dogs and Splinter Cell series.

He departed Ubisoft in February of this year and was replaced by the former studio manager of the company's Berlin office, Istvan Tajnay.

“Alex has a long track record of building talented teams and successful games, and is a perfect fit for what we aspire to create at our new studio in Montreal,” Amazon Games VP Christoph Hartmann said.

“He managed the development teams behind major franchises during his time at Ubisoft Montreal and Toronto, and he instantly clicked with our team’s vision and creative leads, some of which he worked with previously at Ubisoft. Alex will continue assembling an outstanding team in Montreal, and we’re looking forward to sharing more on what they’re creating when the time is right.”

Amazon Games announced its new Montreal studio in March of this year. As one might expect for this part of the world, the retail giant hired a wealth of talent from Ubisoft, including many of the core team from the wildly successful online shooter, Rainbow Six: Siege.