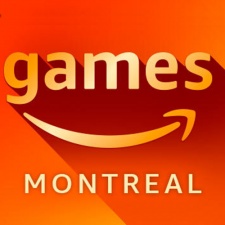 The outfit has already attracted industry vets including many of the core team on Ubisoft's Rainbow Six Siege, such as head of production Luc Bouchard, creative director Xavier Marquis, head of product Alexandre Remy and content director Romain Rimokh. The studio's first project is going to be - unsurprisingly given the pedigree it's hired - an online multiplayer title.

“Montreal’s rich vein of creative talent will be a valuable asset as we continue building our development and publishing teams,” vice president of Amazon Games Christoph Hartmann said.

“The highly skilled and experienced team at our new Montreal studio shares our commitment to creating best-in-class online games, and brings with them a wealth of knowledge and passion for building deep, community-focused multiplayer experiences. I look forward to watching them invent on behalf of customers as they grow their team and develop their first project.”

Creative director Marquis added: “Building upon eight years of experience with Siege, we are excited to start with a blank page and the creative freedom to create a completely unique experience in the multiplayer space. From our first discussion, we felt a true connection with the people at Amazon Games, their approach to gaming and the sheer amount of knowledge, expertise and technology available there. It is quite humbling and we couldn’t be more excited to start a studio with them.”

This Montreal outfit is the fourth studio that Amazon Games runs and will be working alongside developers in Seattle, Orange County and San Diego.

News that Amazon is setting up a new development studio comes in the wake of trouble at the company's games business. A Bloomberg report in January painted this arm of Amazon's business as in severe trouble, but new CEO Andrew Jassy has told staff he's committed to its games division.

Recently the company bumped the release of its New World MMO. Amazon is also launching a streaming service called Luna.