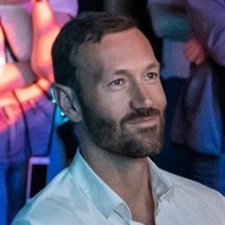 French publishing giant Ubisoft has announced that Istvan Tajnay (pictured) is being promoted to managing director of its Toronto studio.

In a post on its website, the company said he is replacing Alexandre Parizeau, who is leaving to focus on "personal priorities."

Tajnay has worked at Ubisoft since 2012 when he joined the firm's German Blue Byte studio as a live producer. From there he rose to be studio operations director in 2016, a role he departed in 2017 when he was promoted to studio manager of Ubisoft Berlin.

“Leaving Ubisoft to focus on my personal priorities is one of the hardest decisions I have had to make," Parizeau said about his departure.

"In my time here, Ubisoft Toronto has become one of the largest development studios within Ubisoft. That is a testament to the ambition, commitment and focus of the team, and I am grateful and proud to have supported them as managing director these past six years. As the studio continues to evolve and reinvent itself for the future, I believe now is the right time for me to pass the torch and I’m confident Istvan will do an excellent job leading the studio forward to achieve big success in years to come.”

Ubisoft chief studio operating officer Virginie Haas added: “We sincerely thank Alex for all his contributions to Ubisoft Toronto’s achievements and growth, and wish him all the best for the future. With his international experience in quality assurance, production, operations and studio management, Istvan has everything he needs to successfully lead the Toronto team in delivering on its ambitious projects and the promising next phase of its evolution.”