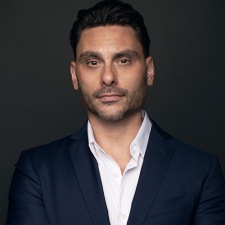 As reported by GamesIndustry.biz, the venture has received the backing of Korean games giant Smilegate to the tune of $100 million and is apparently working on a story-driven action-adventure title. That's perhaps not surprising when you look at who is founding the company; the project's creative director Taylor Kurosaki and game director Jacob Minkoff both have worked at The Last of Us maker Naughty Dog and Call of Duty firm Infinity Ward.

That's No Moon has been around for just six months and has fewer than 40 employees at the moment, but intends to grow to 100 staff by the end of 2022.

"We're a talent-driven industry, and the talent That's No Moon has was literally at the beginning of what you see as the modern narrative single-player experiences," Mumbauer told GI.biz.

"Taylor and Jacob were both instrumental in delivering and designing the holistic story and game design philosophies as early as Uncharted 2, and then in The Last of Us, which I think made a tremendous change in our industry.

"We're so fortunate to have so much talent from those studios. What we haven't lost is our desire to compete and to make great entertainment, the best-in-class games. You need that kind of spirit and desire... When you look at the disruptors in other industries like Image Comics, which I think is a perfect example. The industry changed for the better -- so much visual quality, so much storytelling came from these amazing pioneers that were building that at Marvel. We're doing the same thing, we're taking the best talent in our space and pulling them all together to form something completely new, and look at things completely differently."