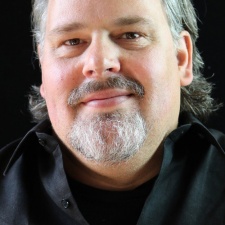 Former president and founder of 2K Games Christoph Hartmann has a new home at Amazon Studios.

The retail giant announced that the industry vet has joined as VP of Game Studios and will be overseeing the developers working at Amazon's video game venture as well as its marketing.

“Gaming, today’s favorite form of entertainment in the world, is connecting hundreds of millions of people," Hartmann said.

"Between the teams at AGS, the incredible tools and technology from AWS, the global communities of Twitch and Twitch Prime, and all of the other assets around Amazon, there are few companies in the world set up to take gaming to the next level.

"I am incredibly proud and honored to become part of Amazon’s highly talented and passionate group of people, to develop together hallmarks of gaming, bring amazing experiences to people all over the world, and build a gaming legacy for the years to come.”

2K is one of the most creative publishers on the market at the moment so no doubt Amazon is hoping he can inspire some BioShock or Borderlands levels of success.