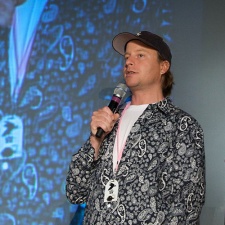 As spotted by YouTuber GTAmen, Jones left Rockstar in April of this year after 19 years at the Grand Theft Auto studio, according to his LinkedIn profile. In addition to projects for Disney and Netflix, Jones is apparently consulting for an unnamed video games firm. In a post on Instagram last week, Jones wrote that he left due to his sister being diagnosed with terminal cancer.

"When the pandemic hit it made the situation radically difficult and even more onerous in caring for someone with cancer," Jones said.

"But it exposed and strengthened a lot of solidarity among friends, family and neighbours you used to barely speak to as people rallied to fight an unseen enemy, look after each other, and unite to get through an insanely stressful and challenging time.

"Journeys begin and end, and this one is nearing the end. Fortunately, I've had a lot of love and support from friends through this. Hopefully, you can reach out and be kind to a friend or stranger, as it makes all the difference in the world, as we don't know how long we'll be in it."

During his time at Rockstar, he worked as a writer, director and producer on a number of its blockbuster IP, including Grand Theft Auto, Red Dead Redemption, Bully and Max Payne.

He was also the co-chair of the studio's production department, handling audio and video content in Rockstar games. He brought in talent including Ricky Gervais, Phil Collins, Axl Rose, Cara Delevingne and Public Enemy's Chuck D to work on projects at the studio.

His departure in April of this year comes shortly after Rockstar parent Take-Two revealed that studio co-founder Dan Houser was leaving the company in February 2020. This came in the wake of an "extended break" that Houser had been on since spring 2019.