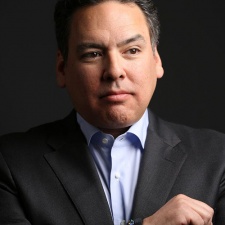 PlayStation alumnus Shawn Layden has been hired by Chinese tech and entertainment giant Tencent as a strategic advisor.

The industry vet revealed the news on LinkedIn – as spotted by GI.biz – in which he said his aim was to support the Chinese giant as they grow their games business even further.

"In this new role, I hope to advise, assist, and support the team at Tencent as they deepen their activities and commitments within the industry to which I've devoted the majority of my career," he said.

"We are at an epoch defining moment in gaming and interactive entertainment. There are many possible roads ahead but only a few are profound, broadening, inclusive, edifying, inspiring, and/or sustainable. I am thrilled to continue this journey of discovery and thank Tencent for the opportunity."

Layden worked at PlayStation between 1996 and 2019, starting off as a producer in the company's International Software Development arm. In 1999 he was promoted to VP of Sony Computer Entertainment Europe as it was then, then to president of SCE Japan eight years later.

From there he became COO of Sony Network Entertainment in 2010 before landing the role of president and CEO of PlayStation America in 2014, a position he held until 2018. During this time he was also chairman of Sony Worldwide Studios between 2016 and 2019.