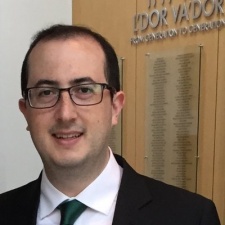 As reported by GamesIndustry.biz, the journalist is moving to the company's tech reporting team but will still be focusing on games reporting. Schreier joined Kotaku back in 2011 and announced his departure from the site on Twitter (below) last week. He also is starting a podcast with Kotaku journalists Kirk Hamilton and Maddy Myers with the backing of media network Maximum Fun.

The media vet also said that journalists are in a position where it can push back against publishers and developers looking for outlets to push marketing stories.

"It's been really good to see some of the traditional outlets be totally unafraid to report on the people that they cover and do stuff that might piss them off," he said.

"I think that eight, nine, ten years ago, it would have been more likely for a news outlet to sit on information or sit on a story for fear of pissing people off. And I don't think that happens quite as much now, although I'm sure it still does to some extent. But I've seen a lot more of a willingness from games reporters and websites, especially in the biggest ones, to be adversarial."

Some news: After eight years and some change, I am leaving Kotaku. I'm taking a few weeks off to finish up my book and hang out with my daughter, then starting a new job reporting on video games at another outlet. I wrote one last thing to say goodbye: https://t.co/zbWzhfEhll