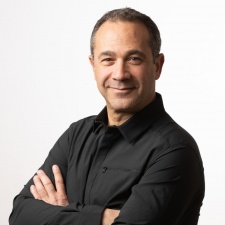 Warner was previously the studio's president and replaces CEO and founder Jeremy Blum, who has moved to the role of strategic and creative advisor.

“Jeremy founded New World Interactive in 2010 and has been the driving force in the development of our first three successful titles. championing extraordinary creative and gaming experiences enjoyed by over ten million gamers worldwide," Warner said.

Blum added: “Being New World’s CEO and game director over the past decade has been the greatest honour of my life. I take great pride in having led New World to where it is today, overcoming the startup challenges we faced as a small indie team trying to make our mark in an unforgiving industry. It’s been the people I worked with and the experiences we created together that will remain closest to my heart. As I move on to the next chapter in my personal and professional life, I’m highly confident that Keith is my natural successor as CEO. We’ve been partners for nearly ten years and there’s no one I trust more to take on the job that lies ahead.”

Warner has been New World's president and CFO since 2011, joining a year after the company was founded by Blum.

In February 2019, the company opened a new studio in Calgary, Canada called New World North, bringing on board BioWare vet Michael Grills to the new outfit as art director. Since then, Derek Czerkaski has been hired as head of production with a CV that includes stints at Tencent, Sony and Epic. Finally, Ubisoft and EA alum Christophe Martin was appointed head of product.

To date, New World's games have sold 7.5m copies and reportedly have over 10m players.