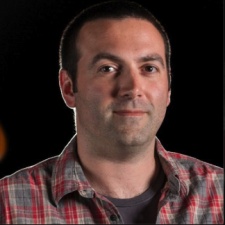 The co-head of Call of Duty maker Treyarch Jason Blundell has announced his departure.

In a statement on Twitter (below) from the studio's official account, Blundell said he was moving on after 13 years at the developer. During his tenure at Treyarch, he is best known for heading up the hugely popular Zombies mode, which debuted in 2008's World at War. There's no word yet as to where the development vet is headed next.

"The team at Treyarch has been nothing short of awesome - thank you," Blundell wrote. "And thank you to the fans for giving me the opportunity to bring life to the undead in so many wonderful ways, the honour has been all mine."

We wish to thank Jason for his many contributions to Treyarch. We’ve enjoyed our journey together and wish him the very best going forward! pic.twitter.com/Tb8o36VWb2

Blundell's departure follows news that Treyarch is heading up development on 2020's Call of Duty amid tensions between Sledgehammer and Raven. Word is that this year's release will be Black Ops 5, coming shortly after 2018's Black Ops 4.

Sledgehammer was recently hit by its co-founders, Glen Schofield and Michael Condrey departing. The two were initially poached to take on exec positions at publisher Activision, but both left the firm before this came into effect. Schofield is heading up PUBG Corp's new California-based Striking Distance studio, while Condrey was tapped to helm 2K's new Silicon Valley outfit, which was recently named as 31st Union.

Sledgehammer is setting up a new venture in Australia, too.