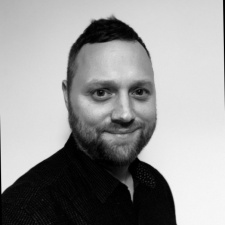 Boor's career started at IGN where he was editor-in-chief for two years before he moved over into PR at Crave Entertainment. Since then he has held roles at Midway, Codemasters, Iplay, 2K, Sega and Konami, before spending a year as director of communications at Riot's European arm in Dublin.

“I’m very happy to have Jay back on board with the team at such an exciting time,” said studio founder and development vet Hideo Kojima. “He’s creative, passionate about games and will be instrumental in helping us deliver on the vision planned for Kojima Productions as an independent game studio.”

Boor added: “It’s such an amazing feeling to be back working with legendary game creator, Hideo Kojima and the incredibly talented Kojima Productions team. Mr. Kojima’s approach to game design is unlike anyone I’ve ever worked with in the industry. The game experiences he creates are genre-defining, as well as thought-provoking, and I’m really looking forward to seeing how we can push narrative boundaries and grow the awareness around Kojima Productions in neat and unique ways.”

Kojima Productions was founded in the wake of Hideo Kojima leaving Konami in 2015. Its debut game, Death Stranding, launched in November 2019 on PlayStation 4 and is set to come to PC this summer via 505 Games.

It would also seem that the company is looking into what's possible with cloud technology for its next game and Kojima has also – to the surprise of no-one – said he'd like to make films.