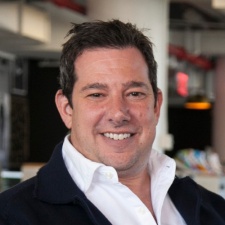 That's according to Sussman's LinkedIn, with Epic confirming the news to GameSpot. Though he has spent the past five-and-a-half years working at behemoth sports brand Nike – first as head of global strategy and development, then chief digital office – Sussman's career has mostly been spent in the games industry.

"After 5.5 great years at Nike, I have decided to move on to my next opportunity as president of Epic Games," Sussman wrote on LinkedIn.

"Nike is an amazing brand, I got a chance to work with many great people and I am so proud of what we accomplished together. While it's bittersweet, I am so excited to join Epic and honoured to be part of the remarkable team that has built one of the biggest games in the world.

"2020 will be a big year for me and my wife, three kids and two dogs... A return to gaming, a move to North Carolina and an opportunity to help change the future of gaming."