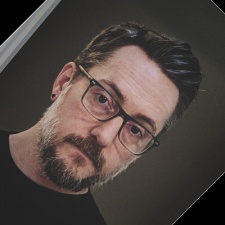 After almost two decades at Valve, Matt Wood is leaving the company.

Contributing to nearly every Valve release in one form or another since Half-Life 2, Wood has decided to go it along after 17 years at the Bellevue firm. Forgoing a more traditional statement, Wood instead chose to announce his departure by bidding a fond farewell to the studio salad in a tweet (below).

Wood’s 22-year career began in 1997, as an artist, animator and designer at 3D Realms on games like Duke Nukem Forever and Max Payne. He joined Valve in 2003 under those same roles, with a brief hobby creating World of Warcraft mods to pick up programming.

While Wood is yet to specify his next steps, he’s not leaving the industry for good. His Twitter and LinkedIn now list him as an independent game developer, though what that means remains to be seen.

He’ll probably be making his own salad from now on, though.