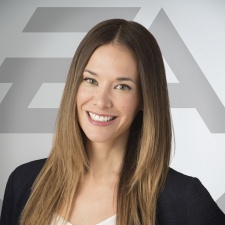 Ubisoft and EA veteran executive Jade Raymond has taken on a new life as a VP at Google.

Raymond announced the news in a brief Tweet late last night. While the exact nature of her role is unclear for now, it’s likely that - with her gaming background - she may be involved with the mystery gaming project Google is set to announce at GDC next week.

I’m excited to finally be able to share that I have joined Google as VP!

Raymond was notably a leading figure in the creation of the first Assassin’s Creed, during her time as a producer at Ubisoft. She would then head up the creation of Ubisoft Toronto, before moving to EA to lead its Star Wars strategy as SVP of Motive Studios.

Her appointment to Google comes amidst a spree of leaks and teases at the tech giant’s next venture into games. A patent filed over the weekend revealed what Google’s new gaming controller could look like, along with hints at potential features it may have built-in.

And while patents also revealed that Google's new games ecosystem could collect user data, the firm insists consumers will be given control over what is and isn’t shared.

Here is who is working on Google's Stadia streaming platform