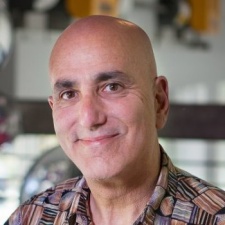 Google's Chief Game Designer Noah Falstein has stepped down after four years in the role.

Writing on his blog, Falstein states that his decision to leave is motivated by his desire to explore new technologies and get back to creating games, which he was unable to do during his time at Google.

"The opportunity to actually build the big, consequential games that I had been hired to help create failed to materialise, even as the world market for games has continued to grow in size, diversity, and geographic reach," he writes.

Falstein's last day at Google was on April 6th 2017. He has not revealed any concrete plans for the future, but said he is interested in developing for VR, particularly with a focus on health and neuroscience.

"Whether neurogaming, interactive VR films, or some other yet undreamt-of territory will be my next challenge, I’m eager to begin exploring!" he concludes.

Google hired Falstein as its Chief Game Designer back in May 2013. He is a 37-year veteran of game design, having previously held roles at LucasArts, Dreamworks and Suddenly Social, which he launched in February 2012.

Here is who is working on Google's Stadia streaming platform

We now have a release date for Google Stadia