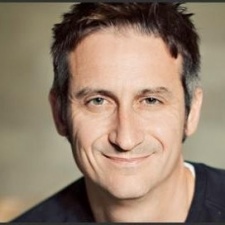 Robbins began the company back in September 2018, according to his LinkedIn profile, and has brought staff in from Sledgehammer as well as Telltale Games and FunPlus.

In addition to boasting development talent that has worked on IP including Call of Duty, Dead Space and The Walking Dead, Ascendant Studios is being backed by Brian Sheth, co-founder and president of investment firm Vista Equity Partners. No figure has been placed on this financial yet.

"This is a dream I've had for years, and I'm so excited to finally have the opportunity to start a brand new studio," Robbins said.

"Our focus is on making high quality, original games. We are in a rare position where we have the freedom to do things the right way without outside pressure and make something that is truly new and exciting. The team we are assembling is fantastic and already feels like a family."

He continued: "I'm thrilled to have our initial investment backed by Brian, who has been so supportive of the team and has a history of supporting founders and CEOs with vision. He brings a huge amount of experience, best practices, and leadership to us. He has given us the creative freedom to make games that we think players will love. He clearly wants to build and empower a winning team and deliver innovative content to a global audience."

Robbins isn't the only Sledgehammer high-up to depart in recent memory. Founders Michael Condrey and Glen Schofield left to join publisher Activision in February 2018... with both departing that company in pretty quick succession less than a year later. Schofield announced that he was stepping down in December 2018, while Condrey revealed he was setting up a new studio in Silicon Valley for Take-Two Interactive in February 2019.