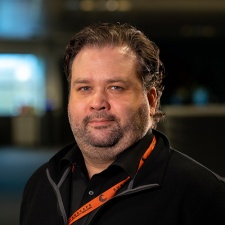 Cambridge-based RuneScape maker Jagex has made another round of hires.

The headline name this time around is CCP, Ubisoft Montreal and Trion Worlds veteran Nathan Richardsson (pictured), who has been brought on board to work on an unannounced Unreal Engine 4 project at the RuneScape studio.

"Our primary focus will be setting up a strong leadership team and ensure we get those key hires in place, such as product director and senior product marketing manager," Richardsson said.

"This project demands high-definition work, and I am already impressed with the passion, talent and commitment of the current team; combine this with the strength of our plans for the new game, and I am confident that we will have a very successful future.”

CEO Phil Mansell added: “Jagex continues to attract senior talent with deep industry experience to support our growth plans, and our vision to create truly living games. We’re continuing to increase investment in the RuneScape franchise, whilst developing exciting new games and building out our portfolio through Jagex Partners. With Nathan joining as executive producer, heading a vibrant and talented team, we’re seeing the foundations laid for an awesome online RPG.”

Finally, SVP of development Nick Beliaeff commented: "We are delighted to welcome Nathan to the Jagex team. He brings a wealth of industry experience to the role and a vast knowledge of working in Unreal Engine. We are always looking to employ highly skilled and experienced individuals capable of releasing Jagex’s goal of becoming the home of living games.”

But there's more - Pete McKay has been appointed as director of community having held similar roles at CCP and Riot Games. McKay joins from Take-Two owned Social Point. Meanwhile, Agatha Bejan - formerly of EA, Microsoft and NaturalMotion has been brought on-board as head of CRM and player engagement.

Jagex also has a new technical director for its flagship MMO RuneScape in Mitchell Goodwin, a 20-year vet in the development sector who has worked as an engine programmer at Codemasters, and moving to the role of programming lead and head of development at Sony London.

Finally, Alan Krause has been hired as senior director of game engineering, with a CV that includes stints at Sony Online Entertainment, Trion Worlds and Amazon.