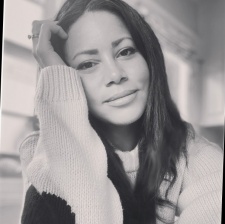 Johanna Faries is the new general manager of Call of Duty.

As reported by Game Informer, she takes the role having worked at Activision Blizzard since August 2018, first as the commissioner of its Call of Duty esports business, before being promoted to SVP and head of its esports leagues in October of last year. Prior to joining the games giant, Faries worked for almost 12 years at the National Football League (NFL).

She replaces Byron Beede as GM of Call of Duty, who is departing Activision after 19 years.

"Since joining Activision Blizzard, I’ve had the opportunity of a lifetime to set a new and dynamic vision for Call of Duty eSports alongside an incredibly talented team of colleagues, players, owners, and partners," Faries said.

"In the process, I’ve been on the front lines of the Call of Duty franchise, working closely with our studio and marketing teams to deliver breakthrough experiences for players and fans the world over," says Faries. "Call of Duty has made an immeasurable impact on the world of gaming and entertainment and is a bona fide cultural phenomenon. I can’t wait to help usher the franchise into its next chapter, and to continue to unlock the power that Call of Duty holds for the future of competitive entertainment."