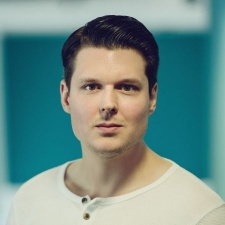 That's according to Darby's LinkedIn page, which has the development vet coming on board this month. He is still down as working as a design director at Strike GameLabs, the studio behind roguelite title Underzone, too.

It's unclear what this new IP entails - aside from being a racing project - but it's possible that he is replacing Paul Rustchynsky. That veteran of Evolution Studios came on board with Codemasters in 2016 following its closure by Sony. He directed OnRush, a new IP from Codemasters, but left the company following its release. he has since joined Slightly Mad Studios, the company behind Project CARS. Layoffs were made to the development team following a less-than-stellar launch.

Codemasters went public in May of this year, with CEO Frank Sagnier saying that the City was more likely to invest in other companies going forward as digital was a stabilising influence on the market. All of which makes it more likely that we'll see the racing specialist taking more risk with new IP in the coming years.

We've reached out for more details.