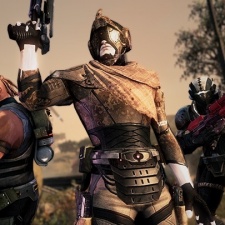 The German free-to-play publisher hopes the deal will bring in additional annual revenues of $18 million and strengthen its position in Europe and North America.

"On the one hand, we add similar and successful brands and games to the already broad Gamigo portfolio, on the other hand, we are looking to unlock substantial synergies with the group’s existing business to further benefit from the remarkable growth potential that the gaming market offers."

Gamigo's statement does not comment on the reported layoffs affecting Trion Worlds, only mentioning that the deal sees it "take over employees to operate the business" alongside acquiring the publishing rights to Trion's catalogue.

News broke when Linda "Brasse" Carlson, the company's director of community relations, posted a statement on Discord suggesting that an acquisition by Gamigo had led to a number of Trion staff being made redundant.

Official statements on behalf of Trion fail to make any mention of Gamigo - but confirmed that a deal involving the company and its games led to the redundancies.

Staff at both the Redwood City, California and Austin, Texas studios have been affected.

“We can confirm that there has been a transaction involving Trion Worlds and its games,” said Carlson, speaking on behalf of Trion on the Rift forums.

“While many of the names and faces you’ve come to know in our studios will remain on through this transition, others will not be making the journey. To those who are leaving us, we are forever grateful for your incredible work and contributions over the years.

“We’d like to assure our communities that the games will continue on in capable hands moving forward, as everyone involved is aiming to make this transition as smooth as possible for you. We will have more information to reveal as soon as we possibly can.”

There’s a chance that the layoffs have been more severe than implied. One source speaking to Gamasutra claimed that only 25 of Trion’s roughly 200-strong workforce were given the opportunity to remain with the MMORPG developer.

Trion’s job woes are just the latest in what’s been a troubling few months for games developers. Dreadnought developer Six Foot recently made a third of its workforce redundant following an underwhelming launch.

If sources are to be believed, this round of layoffs would put Trion up there with Telltale Games, which infamously laid off around 250 employees at a moment’s notice earlier this year.