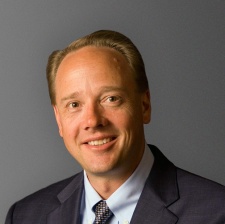 The president of American video games trade body the ESA Mike Gallagher has announced he will be stepping down.

According to a release on the body's site, the ESA said that SVP and general counsel Stanley Pierre-Louis will fill this spot until a successor is found.

"Serving the video game industry and the ESA Board has been a tremendous honor," Gallagher said.

"ESA is in a strong position to continue the work ahead. It has an excellent team, ample resources, state-of-the-art DC headquarters, and members who are fueling growth at fantastic levels. Together, we have delivered an unbroken string of victories in the states, on Capitol Hill, and before the U.S. Supreme Court, all of which bolster the industry's ability to create and innovate. Extending and protecting that opportunity has been extraordinarily fulfilling."

ESA chair and CEO of Bethesda parent firm ZeniMax Robert Altman added: “Mike has been an exceptional leader and important voice for the video game industry for more than a decade. Under Mike’s leadership, ESA has developed a strong reputation with policy makers for vigorously defending the industry during watershed moments, including the industry’s victory on First Amendment principles before the U.S. Supreme Court. Mike was also instrumental in revitalizing E3 into the most prominent and important industry show produced today. We want to thank Mike for his many contributions and wish him well as he pursues new opportunities.”