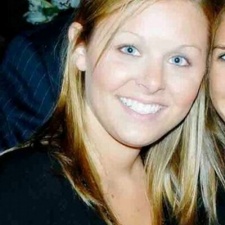 US video games trade body the Entertainment Software Association (ESA) has a new head of communications and industry affairs.

Kara Kelber joined the organisation back in May of this year, but in a report by EGM Now, it appears she has taken over as the ESA's comms and industry affairs chief following the departure of long-time PR bod Dan Hewitt in September.

Previously, Kelber has worked in PR for a variety of organisations and individuals, including Democratic Representative Harry Teague between 2009 and 2011, non-profit organisation Consumer Reports and tech trade body BSA Software Alliance.

Her predecessor Hewitt has moved to Borderlands maker Gearbox Software having worked for the ESA for the better part of 15 years, save for a brief year-long stint as comms boss for Glover Park Group.

Kelber is one of many appointments at the top of the ESA in the last few months. In May, the trade body finally appointed a new CEO and president in Stanley Pierre-Louis after he was temporarily in the role following the departure of his predecessor Michael Gallagher. Subsequent reports indicate that Gallagher lost board support owing to his rather, erm, 'aggressive' style of management.

Meanwhile, the ESA hired Gina Vetere as its new SVP and general counsel, replacing Pierre-Louis who had held the role since May 2015 up until his ascension to the top job.

New comms boss Kelber has no doubt been dropped in at the deep end following the revelation in August that the ESA had accidentally leaked the contact and personal details of media, influencers and analysts that had signed up to go to E3 this year.

Then there's the small matter of a US Senator introducing a bill that would see loot boxes banned from video games - something that will no doubt be of concern to the ESA's triple-A members, who not only help fund the organisation but also seem to make some tidy sums from the business model.