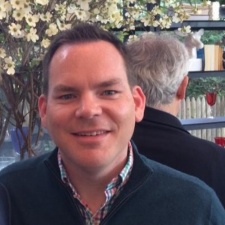 The PR vet has joined the Borderlands developer in a newly-created role of chief communications officer. Hewitt initially joined the ESA back in 2004 as manager of media and public relations, leaving two years later. He returned in 2007 as the trade body's director of media and public relations, rising up the ranks until he was promoted to VP of communications in May 2019.

"Dan is known and praised across the video game industry for his strategic counsel, industry knowledge, and ability to work with media and stakeholders," Gearbox boss and founder Randy Pitchford said.

"Gearbox has an incredible future ahead filled with delivering world-class entertainment for our fans around the world. We are delighted to have Dan join us to help shape and share our story."

Recently-appointed ESA president and CEO Stanley Pierre-Louis added: "Dan has been an invaluable member of ESA. His contributions over the years helped grow and shape both ESA and E3, and continually advance our industry's broader priorities. We wish him the best in his new role and look forward to working with him as an ESA member."

Hewitt's hire follows Gearbox's latest release, Borderlands 3, taking the franchise over the $1bn revenue milestone following its September 13th launch. During its first few days, Pitchford said that the game had double the peak concurrent players of Borderlands 2 on PC, meaning the title had in the region of 248,000 users at one time.

While Borderlands 3 has gone on to be a big seller, there was a fair amount of mixed messaging and business model confusion around the title's gameplay reveal back in May - which is no doubt where a PR vet like Hewitt will help out.

We caught up with Borderlands 3 creative director Paul Sage ahead of the game's release to see how Gearbox had updated the series for the current day and whether it saw titles like The Division and Destiny as rivals in the looter-shooter market.

Ahead of Hewitt's departure, the ESA announced a new SVP and general counsel in Gina Vetere.