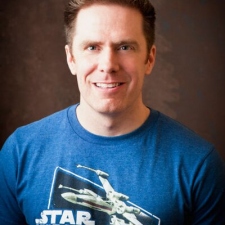 Baldur’s Gate and Star Wars: Knights of the Old Republic designer James Ohlen is leaving the games industry after 22 years at BioWare.

Ohlen began at BioWare full-time as a designer on Baldur’s Gate and its sequel, later taking roles as lead designer and creative director for Knights of the Old Republic and MMORPG Star Wars: The Old Republic.

Not just leaving the studio, Ohlen said he is retiring from the video games industry as a whole.

Instead, Ohlen has gone on to found Arcanum Worlds, a publishing company creating adventure supplements for Dungeons & Dragons.

Arcanum Worlds describes itself as "a publishing venture formed by a small group of passionate veterans from the video games industry". Its first project, Odyssey of the Dragonlords, features work by fellow The Old Republic designer Jesse Sky.

The D&D-inspired Baldur’s Gate marked Ohlen’s entry to video games and he cites it as the most fun he's had in the industry. It’s fitting that he leaves the scene to return to tabletop RPGs.

After 22 years I have retired from BioWare. I've loved my time with Anthem, Star Wars, Dragon Age and Dungeons and Dragons. But I need to take a break from the industry and work on something a little smaller and more personal.

The most fun I've ever had at BioWare was as the lead designer on Baldur's Gate 1+2 and NWN. I've been a D&D fanatic since I was 10 years old and I want to be a part of it again. Please visit https://t.co/412NLtStkx to see what I'm talking about.