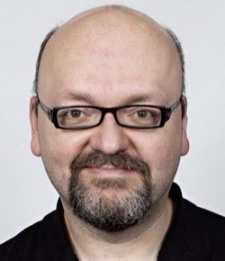 Gaider joined the developer in February 2016 after leaving Bioware, where he had worked for nearly 17 years.

During his time at Beamdog he acted as the lead writer on a number of upcoming projects as well as building up the creative team at the company.

It remains to be seen what Gaider’s next move will be.

“Since then, he has been teacher, mentor, and friend to many on the team. We’ve seen Dave conjure new worlds we’d love to play in, and spin stories in places already close to our hearts. Someday we will share the fruits of his labour.”

So... today is my last day at @BeamdogInc. Mixed feelings as I pack up my desk, as I'll miss the crew. Big thanks to @TrentOster, and I wish everyone here all the best, but it's time for me to move on.

Gaider is an experienced writer in the games industry, working on titles including the Dragon Age series, Neverwinter Nights and Star Wars: Knights of the Old Republic.

Beamdog has worked on a number of titles including ‘enhanced editions’ of Baldur’s Gate 2 and Icewind Dale. It’s currently working on reviving Neverwinter Nights.