Layoffs at Failbetter as Sunless Skies underperforms on Early Access 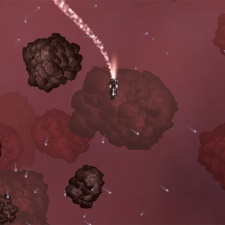 In an update on the project's Kickstarter page, the studio revealed that Sunless Skies has sold roughly 15 per cent of Sunless Sea's sales at this point in time.

Failbetter offers some information about why this might be - launching into Early Access too early being one. The game also was not ready to be viewed by the media, meaning that the title missed an early chance to gain visibility.

Furthermore, the studio says that the marketplace had changed a great deal since the 2014 Sunless Sea launched, with Failbetter saying that discoverability contributed to the game's poor performance.

Development will continue, but at a much slower pace with Failbetter having to let four members staff go to work within its financial situation.

"Development is progressing rapidly, and there's no danger of us failing to deliver the project you backed. But the business has a lot less cash in the bank than we wanted to have at this point," the studio wrote.

"Late last year we made some hard decisions to ensure a couple of things: that we don’t reach launch in a financial state that would put the studio in danger of closing before we can make another game, and that we continue with a better structure for a business making games of our kind. With much regret, we have just completed a redundancy consultancy process and four of us are leaving as a result."

As if that wasn't enough, the Fallen London mobile game will also be closing. In its place, the website will be updated to reflect the new modern looking edition.

Best of luck to those unlucky to lose their jobs.