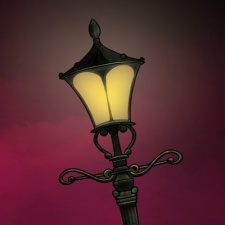 That’s according to a blog post from the studio's communications director Hannah Flynn discussing Sunless Skies’ launch and future plans.

Flynn begins by celebrating accolades gathered across press coverage of Sunless Skies, and a Metacritic ranking that puts it just below Resident Evil 2 and Apex Legends.

But while critical acclaim is all well and good, Sunless Skies has been a commercial success for the narrative-centric indie studio.

“Sunless Skies is doing very well for us commercially,” Flynn wrote. “Far better than we needed it to do.

“We occasionally receive sympathetic enquiries about our financial health from the community; to be clear about that, we’re in a very good position, and now we’re really looking forward to spending several months further extending and improving Sunless Skies.”

Those "sympathetic enquiries" about Failbetter's financial performance is likely the result of the London-based studio making layoffs in February 2018 after Sunless Skies underperformed in Early Access.

Failbetter's comms boss followed up with an update on future plans for the game. So far, the studio has delivered over 80 improvements and bug fixes, but it looks like more substantial additions are in line for the near future.

Flynn continued: “In the next couple of months, we’ll be releasing at least one major update, with a focus on filling out the game with more to see and do while travelling, including more narrative choice and consequence and, of course, unusual ways to die.

“We’re not ready to say more about the details just yet, but we think you’ll like what we have planned.”

Layoffs at Failbetter as Sunless Skies underperforms on Early Access