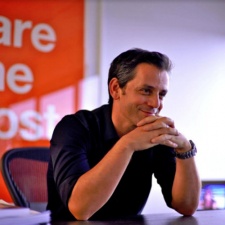 Activision Publishing CEO Eric Hirshberg has announced to his staff that he will be leaving the company.

As reported by Venturebeat, the exec will be parting ways with Activision when his contract ends on March 31st.

“Serving as Activision’s CEO has been an honour and a thrill,” Hirshberg said in a statement.

“This is an amazing company. One which routinely delivers epic experiences for our fans on a scale that no one else can. I have nothing but admiration for the incredible team I have had the privilege to lead. And I have nothing but appreciation for Bobby for giving me this transformational opportunity, and also for having the vision and conviction to champion a creative person for a leadership role on this scale.”

Activision Blizzard chief Bobby Kotick added: “During Eric’s tenure we’ve had historic performance and great successes. He is an inspiring leader, and we will all miss his creativity and tenacity very much. He is leaving the team, the franchises and the business in a great place, and he goes with my full support and appreciation.”

Hirshberg joined Activision in 2010 having previously worked at marketing firm Deutsch LA. In his time at Activision, the chief saw the continued success of Call of Duty, as well as the introduction of Destiny and Skylanders.

The company is currently seeking a replacement.