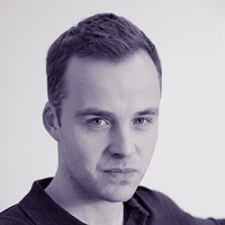 What skills do you look for in candidates?
The main things are aptitude and enthusiasm, although they're more traits than skills. Online journalism is so multifaceted these days that we're unlikely to get applicants for jobs who've done that exact role before, but there are a bunch of things that people can transfer from their previous work if they're sufficiently adaptable. Obviously, we're concerned with how well someone can write, their attention to detail, and their expertise on relevant subject matter, although that can often be learnt fairly quickly.

That's why enthusiasm is important. I want someone who is keen to learn the things they need to know to do their job well, and who's ambitious to continually develop themselves. We try to cultivate an atmosphere where everyone can contribute ideas that will make the company or our websites more successful, and ideally, I want people who are going to evolve their roles beyond how they're initially conceived.

What do you look for in a CV?
I want to see evidence of that enthusiasm. Certain industries, ours included, are very competitive when it comes to landing full-time jobs, so excluding someone from consideration because they've never been on staff at a comparable organisation is unwise. But that said, if you want a job writing about games, or editing video, or whatever it might be, then there's no reason you shouldn't already be doing that in your own time. Paid or not, the barriers to entry are so low these days you can't really say, for example, that writing is your passion if you've never even published a blog post.

What's your top tip for those looking to go into this career?
Meet people. If you want to be a writer, you need to be able to write well. Likewise, if you want to be an editor, a manager, or whatever - those core competencies clearly matter a great deal. But building relationships along the way is always going to be important, whatever the specifics of what you want to do.

It's not a case of people giving jobs to their mates, or anything like that. The more people you know, the more people you can learn from, the more opportunities will make themselves known to you, and the more chance you'll have of impressing on people what you're about and what you're good at. Ultimately it's these things that are going to help you build a career, as opposed to just finding a job.

Could you tell me about your best and worst job interviews?
My own list of horror stories is mercifully short, but one thing that continues to amaze me is people showing up late for interviews. If you can't be bothered to give yourself enough time to get where you need to be, or actually find out where that is sufficiently far in advance, then it doesn't say anything good about either your passion for the job or your organisational skills.

What was your own job interview like?
They were more 'conversations in Starbucks' than interviews, but I joined Network N in 2015 off the back of a number of meetings with the company owners. I came on board as editor of PCGamesN, so we discussed where the site was at the time, the vision for growing it, that kind of thing.

How do you see the skillset required by journalists changing in the near future?
The importance of good writing - and the ability to find and deliver on a story - isn't going to change. But what's starting to become a more important part of the job is how you surface your writing - how you find an audience for your story. There is so much competition out there, and ever-more writers and outlets competing for an audience that's not expanding anywhere near as rapidly. So you have to be much more cognisant of who's going to read what you write, and how they're going to find it. I'm not talking about clickbait, or even SEO, but asking yourself: 'Are there people who'll care about this?', or, to come at it from the other end, what does the audience, who you are writing for, want to know, and how can you best serve them.

As a journalist you have, or should have, access that the average reader doesn't, so you need to think about how you leverage that to create stories that will resonate.

This piece is part of our New Year New Job coverage for the start of 2018. If you want to get in touch to share your insight, email [email protected].