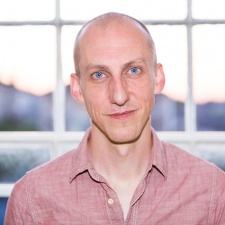 Deputy editor Ben Maxwell has stepped to the top job at the UK-based media outfit having joined PCGamesN in July 2017.

Maxwell's career actually began here at Steel Media - the journo did a three-month work experience stint over on PocketGamer.co.uk back in 2010. That was right before he was hired as a writer by Edge magazine, a role he held until March 2017 when he was promoted to features editor.

“I'm elated to have been given the opportunity to oversee the next phase of PCGamesN’s spectacular growth, and honoured to be working with one of the most talented teams in the industry," Maxwell told PCGamesInsider.biz.

"I am now seriously considering investing in a PC, too.”

Gregory added: “Ben’s work since he’s been here and his vision for the future of PCGamesN made him the outstanding candidate in a very strong field. I’ve every confidence that he’ll be able to lead our wonderful team into this next, hugely exciting era for PCGamesN.

"Plus if it all goes wrong people can just blame me for lingering in the background, like an outgoing football manager who still shows up to every game and sits scowling in the stands.”