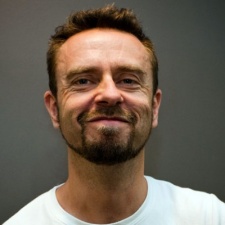 The firm revealed to Variety that Pete Hawley is taking on these roles, with the goal of driving ‘the next stage of evolution in interactive playable narrative, while also expanding the company on a global stage.

Telltale’s current CEO and co-founder Dan Connors is reported as stepping into an advisory role.

Prior to this, Hawley worked as SVP and GM of games and Zynga, having also held roles at CrowdStar, publisher EA and developer Criterion.

“Pete Hawley is widely regarded as a forward-looking executive with a strong grasp of where the interactive entertainment business is heading,” said board member Jon Feltheimer who is also investor Lionsgate’s CEO.

“We at Lionsgate look forward to working closely with Pete, John, and the rest of the Telltale team. With dynamic new leadership, a strong market position, and a triple-A roster of top intellectual property, Telltale has an exciting path forward, and the collaborative opportunities for our two content companies are greater than ever.”

Telltale on the hunt for company to finish Walking Dead, wants to hire former staff

25 per cent of Telltale’s workforce laid off