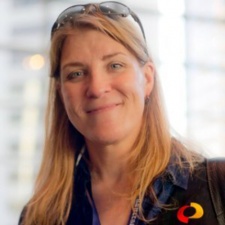 The executive director of the International Game Developers Association Kate Edwards has stepped down from her post.

Edwards has been involved with IGDA since 2009, when she joined the Seattle chapter as a member of its board. She took the role of IGDA executive director in December 2012.

The announcement from the organisation calls out a number of achievement for the exec, including expanding IGDA’s reach as well as working tirelessly to help game developers get work visas into the US.

The IGDA is currently on the hunt for a replacement for Edwards, but in the mean time chair of the board of directors Trent Oster will be serving as intermim executive director.

“It’s been a great honuor to help game developers from all walks of life, all over the world, succeed in our industry,” Edwards said.

“I want to thank the IGDA board, staff and all its members whose advocacy has made a difference for our community, and I look forward to following the association’s continued success.”

Oster added: "Kate has been an important industry leader for the IGDA in this role, doing heroic work as an advocate for developers of all backgrounds. Her accomplishments have carried the IGDA through tough times and helped countless developers on their journeys. We look forward to seeing what Kate accomplishes in what is certain to continue to be a bright career."IGDA’s chief Kate Edwards steps down