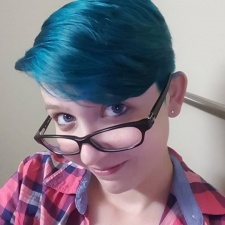 Today, we're speaking to Olivia Dunlap from Little Rock Games, who submitted To The Rescue! to The Digital Big Indie Pitch #3 (PC+Console Edition) in association with The Indie Arena Booth and sponsored by G-Star and Chorus Worldwide and walked away as the runner-up.

Olivia Dunlap: I’m Olivia Dunlap, one of the co-founders of the small indie studio Little Rock Games. We function in something of a co-op inspired way: not all five of us work on every project, but we collaborate and work together as best fits the needs of the project. To The Rescue! has two lead developers and one supporting developer from Little Rock Games, as well as a contract artist, animator, and community manager for a total of six team members.

As a company, we love to make games with an impact on our community and/or our players. The Little Rock Games partners have diverse interests and gaming backgrounds and tend to draw inspiration from games that have had an impact on us and from the real-world people, situations, and emotions that we try to represent in interactive media.

Tell us about To The Rescue! that you pitched at the competition.

TTR is a dog shelter simulator, where the player is put in charge of running their very own shelter and finding homes for as many dogs as possible. In the game, you will need to feed, water, and clean up after dogs, as well as familiarize yourself with what makes them unique in order to match them with potential adopters. With this game, we’re hoping to represent some of the realities of running dog shelters in a playful way.

What do you think are the most unique and interesting aspects of To The Rescue! that gamers may never have seen before.

With this game, we are taking a somewhat interesting approach to the sim/management genre in that we are focusing a lot on the uniqueness of individual dogs. The hands-on gameplay style - with the player having to interact with and get to know each randomly generated dog in order to best meet their needs and match them with adopters - is something that we feel makes TTR different that its inspirations and other games in the genre.

From a more “meta” perspective, we are also excited to be donating 20% of our profits from the game to the Petfinder Foundation to help support real-world animal shelters. It’s a cause that we really care about, and so we want to have as big of an impact as possible in addition to raising some awareness and letting people embody the role of a shelter worker. The Petfinder Foundation is a great organization that provides many services for shelters and the animals that they are caring for.

To The Rescue! is a game centred around caring for and looking after abandoned and lost dogs. What made you choose to make such a heartfelt game, and how did you go about making sure that the game has the right emotional balance with the gameplay?

We wanted to make TTR because after coming up with the initial idea and thinking about mechanics, we realized the setting of a dog shelter had incredible potential to create meaningful player moments and to raise some level of awareness for the real-world struggles that shelters face. A lot of people care deeply about dogs (ourselves included) and a sim/management game felt like such a good fit for exploring the setting and for highlighting a lot of the different tasks that go into caring for them.

Creating that emotional balance has been a design challenge throughout every step of making this game. We include some of the harsher realities of working at shelters - such as financial struggles, and some dogs just having a hard time finding homes - which can be heart-wrenching. But we always make sure that no matter how hard it gets, there is hope that the next day might come with a much-needed donation, or that the perfect adopter might arrive and be willing to adopt the old, touchy dog with health problems. Each adopted dog is a victory, and even if the player has to make some tough decisions to stay open on bad weeks, there’s always that moment of finding the perfect home for a dog to look forward to. We also hope that, with the level of distance from reality that the game provides, that players will be open to letting themselves experience both the highs and lows of working at a shelter and considering the real people in those shoes.

How did you come to choose the platforms that you would develop To The Rescue! for?

PC is the platform that we have the most experience working with and can have a quick turnaround for prototypes. Additionally, other games in the genre are often designed for PC/Mac because the platform naturally suits some of the complex interactions that take place.

However, the style and mechanics of this game also suit the Switch platform really well. We were disappointed that we didn’t meet the Switch goal of our Kickstarter campaign in 2019, but thanks to the support from our publisher, Freedom Games, we’re going to be releasing on Switch at a later date.

We’ve been pretty lucky to be able to support our studio through contract work with local businesses and organizations. As such, we tend to take on other projects in between taking on personal, in-house games like To The Rescue!. Taking that avenue has definitely helped us stay afloat, and be somewhat less reliant on the more fickle route of relying fully on our game sales.

It’s something that may not be a good idea for every indie team: it divides our studio focus, and can certainly be unpredictable in its own way. But so far, it’s worked great for us and has allowed us to keep making games. Surviving as an indie dev is definitely tough, but there are lots of ways to make it work.

We’re still a really young studio with a lot to learn, but I think the most important advice I can give is to grow your portfolio with small, manageable projects and to find some peers/a team to support you. This can be easier said than done, but a community makes a big difference in being able to grow your skills in a friendly, supportive environment. And remember that the support needs to go both ways: playtest other games, consider their design goals, and help them find opportunities.

I wouldn’t be where I am now, and Little Rock Games wouldn’t exist, without a small, bi-weekly game dev meetup that we started several years ago and has grown to be an amazing, open, diverse community. Even if you don’t live somewhere with a large game dev scene, you can look online.

It was fantastic. I had never been part of a pitch completion before trying out BIP on a whim, and it was honestly a lot of fun. I was incredibly nervous about the fast pace when it started. But seeing peoples’ reactions to TTR made me incredibly proud of what we had made. I was shocked and honoured that I placed in the competition among so many other breathtaking games.

After BIP, every time I’ve had to pitch the game in other contexts has come extremely naturally. It was a valuable practice that helped me feel more confident about the game, and I was delighted to have met the other developers that participated, as well. Seeing their games succeed has been great.

Shortly after the competition, we ended up signing with a publisher. Between appearing at Indie Arena Booth and placing in BIP, I’m certain that the experience has really helped To The Rescue! succeed.

We sincerely hope that the game meets the expectations of our fans that have supported us on this journey for what feels like an eternity now. The current plan is to support the game for at least a little while after release because there are so many ideas that we still have for it.

In terms of future projects, unfortunately, there is nothing that we’re ready to announce yet. But we’re excited to see what the future holds.