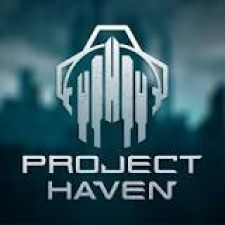 It feels like an age since we began hosting digital pitches in response to the global situation. However, despite the circumstances that necessitated this move, our digital pitches have only gone from strength to strength. Allowing to host an ever-increasing range of diverse brand new gaming experiences from some of the world's most exciting indie developers.

Most recently that meant hosting The Big Indie Pitch at when we would have normally been in Cologne for our annual Gamescom Big Indie Pitch. Nevertheless, not letting the current situation hold us back, this year we partnered with one of the world’s biggest Indie celebrations in the form of the Indie Arena Booth, alongside our season sponsors G-Star and our dedicated event sponsor, indie publisher Chorus Worldwide, to highlight the best and brightest indie developers we can both discover.

Once again, the demand was so high for these pitches, even higher than usual thanks to the support from The Indie Arena Booth, with this meaning that the quality was as strong as ever. All in all, this meant that we were still able to bring together 18 of the most exciting indie developers from all over the world to showcase their latest works to some of our most established judges and journalists.

Given the amazing talent we had just waiting for an opportunity, this meant that there was lots of feedback from the judges, and an equal amount of positivity in the voting. In fact, this pitch's voting was some of the most spread out we had seen in a long time. A true testament to the amount of talent. Nevertheless, the judges did, in the end, settle on a top three, and a winner. That winner being Foresight Games' Project Haven.

Of course, Project Haven, as you already know, was the winner, but if you want to learn more about not only Project Haven, but also our runners-up and honourable mention from The Digital Big Indie Pitch #3 (PC+Console Edition) in association with The Indie Arena Booth and sponsored by G-Star and Chorus Worldwide, then simply read on.

Developed by a Portuguese based two-person team, Project Haven is an intricate and deep tactical turn-based RPG set within a dystopian future. Just like the setting, the story, which is being penned with the help of the veteran writer of Path of Exile, promises to be gritty, hard-hitting and most certainly geared towards mature audiences.

The gameplay itself is inspired by the genre classics like Jagged Alliance 2 and can be played both alone or with up to three friends. Whether alone or as a team though, in Project Haven you take control of a group known as the Steel Dragons, a mercenary unit trained to survive the harsh-future that has enveloped the urban dystopia of Haven City. All in all, the judges were extremely impressed, not only with how stunning the game is, but also how deep, engaging, and addictive the gameplay was. Of course, there's also the fact that this now award-winning game is being developed by only two people too.

2nd Place - To The Rescue! by Little Rock Games

What could be more rewarding than helping as many abandoned and lost dogs find their forever home? Well, that's exactly the kind of magic that Little Rock Games is bringing to gamers worldwide through their title To The Rescue!. Now, of course, it's not all cuddles and walks, as just like in real life, whilst thoroughly rewarding and important, running a shelter is a difficult endeavour.

As such, within the game, players will be challenged with having to manage all of the dogs’ needs to maximize their chances of finding the right forever home. This means adapting to the daily challenges, whilst also making sure that all of the dogs are healthy, the shelter is adequately funded, and that those visiting are the right people to be adopting the loveable residents. Nevertheless, with the right care and attention, hopefully, you'll be able to help find a nice and loving home for every single dog that comes through the doors.

Monorail Stories is a game all about what happens on all of those everyday train journeys. From stories about commuting to the human interactions within the moving compartments, and even to the hopes and desires of the residents, this is a game about people and their everyday lives. Specifically, players will get to meet Silvie and Ahmal. Two travellers who ride the same monorail every single day, though at different times and opposite directions.

As they travel they will meet different people and you'll have the chance to make different choices, all whilst unknowingly sharing a common story. The gameplay takes the form of a minimalistic adventure that focuses on choices and interactions over difficult and challenging puzzles, making it a game that is accessible to all.

Toodee and Topdee is a highly innovative game in which players must constantly switch between both 2D platforming and top-down block pushing to solve some incredibly creative brain-teasing puzzles. In order to achieve this, players take control of both Toodee in the 2D realm and Topdee who inhabits the 3D realm as they look to bring balance back to the universe following a cosmic turbulence that has caused both of their worlds to collapse and becoming confusingly intertwined.

Overall the judges thought that developer Diet Zribi has done an incredible job of blending two gameplay styles, that by all rights shouldn't work together. As such, this is a game that not only should appeal to a wide range of gamers, but it is also one that should not be overlooked, hence us highlighting it as one of the pitch's honourable mentions.