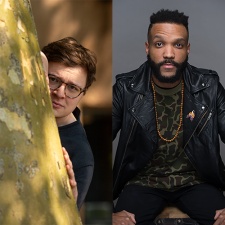 Without a doubt, Adopt Me is the biggest hit on Roblox.

During 2020, the game's monthly active users doubled to hit 60 million in January 2021, while the amount of revenue it was generating rose 400 per cent during this time frame. Just last month, Adopt Me set a new record for concurrent users for a Roblox game, with 1.92 million people logged in at the same time.

Though huge now, the MMO title had more humble beginnings. It was created by users NewFissy and Bethink, who had met on the platform, and initially released in July 2017. To start with, Adopt Me saw users roleplaying as either adopted children or the parents taking them in, but in 2019 the focus shifted towards caring for virtual pets. Following this tweak, the game started to draw in huge crowds – and make some serious money.

Even for people in the games industry, Roblox can seem like a whole other world; something separate, new and unknowable that a lot of us don't pay close enough attention to. But there's no denying that Adopt Me boasts some impressive metrics by any measure.

The title was previously being developed by independent studio DreamCraft, though in reality this was just the name of a group on Roblox set up by Adopt Me's creators. Now, the team behind this smash hit is launching a brand new studio called Uplift Games to work not only on Adopt Me, but potentially other projects in the future.

We caught up with the studio's director of business operations Josh Ling (pictured, right) and lead designer Derrick Fields (pictured, far right) to find out more.

So, why set up Uplift Games?

Josh Ling: One of the main reasons was the treatment of the people who worked on our team. Previously, we had a lot of contractors that were all spread out across the place. We've now unified into a single entity that can provide things like high-quality healthcare to staff in the US, as well as other compensation and benefits packages for employees in the UK. There are other legal, business benefits to having this organisation.

What kind of objectives do you have for the studio?

Ling: We've already got this huge game on Roblox, this emerging platform which nobody really knows about that's starting to get more coverage in the traditional press. We operate its top game and we wanted to build a sustainable studio with a diverse international team that offers remote-first flexible jobs that fit around the lives of our employees.

We want to continue to work on Adopt Me. It's a triple-A-scale game. If Adopt Me was developed by a traditional publisher, there might be 200 or 300 people working on it. We're 40-strong now and are putting structures in place to scale to 100 people by next year.

Is Roblox even an emerging platform at this point? Analytics site RTrack reports that it had 202 million monthly active users in April.

Derrick Fields: Roblox has always been something of a hidden place. Even now in surface-level conversations about games, Roblox doesn't enter that conversation in the same way as PlayStation or PC. But a lot of people can remember that one anomalous thing that we participated in growing up; for my generation it was places like Gaia Online and Club Penguin.

Roblox is absolutely that space for kids growing up now. They're able to interact in this social but interactive world,  participate in unique experiences with their friends and have an opportunity to explore who they are and connect with each other.

How do you view Roblox as an entry point for game development? It feels like the modding scene in a lot of ways.

Fields: That's a great comparison. It presents a really fun pipeline for those who are interested in creating games. I'd say that it starts with playing something that's really big, really popular and starting to explore the other games that are on the platform. From there, users can realise that someone made what they are playing and that they can do the same if they wanted. It's simply a case of opening up a slightly different piece of software, but all the tools are right there in front of them.

Any games we do make will be embued with the same sense of curiosity and user-driven play that have made Adopt Me so successful.

What kind of advice would you offer other developers using Roblox?

Fields: Much like any platform, there's a learning curve of adapting and getting used to the tools. What I find really interesting about Roblox most of all is that a lot of the documentation and plugins that are on the platform to create certain conveniences for newer people have been developed by other users on the platform; people who saw a need and created some sort of tool to create that ease of access. There are so many different plugins that somebody can use to make building assets or whatever easier.

But for people who are entering the platform and want to explore, the biggest thing to keep in mind is to have fun. While making money from the huge audience here is a wonderful outcome, there's a certain authenticity to the experiences that are created on Roblox. If someone was to enter the platform in a more insidious and less authentic way, the community might see through that in a lot of ways.

What does Uplift's future look like? Obviously, you're going to continue to work on Adopt Me, but are there plans for other projects, too?

Ling: Our primary focus at the moment is on Adopt Me; it's this huge game that requires a lot of attention. But part of launching this studio and scaling up the team is about having the ability to prototype new concepts sustainably. We have a lot of ideas, we just trying to build up the team to the point where we can keep Adopt Me as a top Roblox game while still developing new concepts. The entire team is really excited about the idea of taking everything we've learnt from Adopt Me and putting it into a new project.

Fields: The main focus would be taking what we've learnt from Adopt Me, most of all, and see how we can iterate that in other, successful ways. Without really identifying what we are thinking about or brainstorming specifically, Adopt Me focuses on roleplay experiences, pet adoption, building houses and so on. Myself – and other members of the team – would love to love to see how we could expand on those.

Ling: Any games we do make will be embued with the same sense of curiosity and user-driven play that have made Adopt Me so successful.