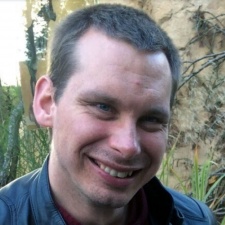 Ripstone, the studio behind Poker Club, Snooker 19, Chess Ultra and Pure Pool, is celebrating its 10th Anniversary today. To mark the occasion, the Liverpool-based company is launching two additional studios, one of which will be situated in the UK while the other will be setting up shop further afield.

The UK-based studio will be operating out of Birmingham's Custard Factory. Headed up by Mark Williams (pictured), a veteran of the games industry. The ex-VooFoo co-founder also worked under EA at Codemasters.

This new studio will be focusing on developing new technology to assist its Merseyside counterpart in future game development projects.

It's all Greek to us

As for the other studio, the team will be opening its doors in Marathon, Greece. This location will be working on work-for-hire projects to bolster the work of the Liverpool studio. Head of technology, Paul Hughes, joins the team. He brings experience from working for Traveler’s Tales, the studio behind the Lego series of titles.

“With our two new studios in Birmingham and Greece, an influx of great new hires and our recent win of Gamesindustry.biz’s 2021 'Best Places To Work' award, Ripstone is an exciting place to be right now,” said creative director & co-founder Phil Gaskell. “We’re looking forward to welcoming more great talent to the studio as we move into a new phase that puts games development and work-for-hire projects at the forefront of our operations”.

“I’m delighted to be joining Ripstone to lead its new Birmingham studio,” said Mark Williams, studio head, Ripstone Birmingham. “I can’t wait to welcome new talent to the team to help us take on the opportunities ahead as we build powerful new games development tech to take Ripstone to the next level”.

With over 10 million units sales under its belt, Ripstone looks to expand and establish itself as a heavy-hitter within the global games market. In an exclusive interview with PCGamesInsider.Biz, managing director of Ripstone Games, Leo Cubbin, had this to say about the opening of the company's two new studios:

PG.biz: Why did Ripstone Games decide now was the time to expand?
Leo Cubbin: There are a number of factors that have come together.

On a practical level, we’re in a financially strong place to be able to do so. We made the decision before the pandemic that we wanted to refocus on internal development and move away from publishing third-party titles and that proved to be a big success. Our evergreen titles like Poker Club and Chess Ultra have been a huge hit for us in particular, which has both validated our instinct that focusing on our internal development strengths was the right thing to do and given us the financial platform we need to continue doing that.

Opening these new studios is, to a degree, just an extension of that initial decision to refocus on our internal development strengths and they will allow us to take that to the next level, with our Birmingham studio for example working on new internal tech and a brand new title.

What were the reasons behind choosing the locations you did?
We’ve always been mindful of the fact that there are a lot of great studios around Liverpool, where our flagship studio is based, and that means a lot of competition when it comes to recruitment. So, part of the thinking behind choosing these locations was to open us up to new pools of talent.

Birmingham is very well-connected to the surrounding areas and has the bonus of being the hometown of Mark Williams, our studio head and tech lead, so it was practical to think about building the new team there. When we visited the Custard Factory, the home of our new studio, it just felt like the right place for us.

Again, our new Marathon location has the benefit of being very well connected, just a stone’s throw from Athens and everything that city offers. Like the Birmingham studio, we’re excited about the new pools of talent that the location will open us up to.

What can we expect for Ripstone moving forward?
There will be something of a mixture of the things we already do well as well as driving into new and exciting areas. Our evergreen titles like Poker Club and Chess Ultra have been very successful so we will continue to work on those and games like them.

However, we never want to get ourselves stuck in one niche and want to continue doing new things. That’s precisely why we are opening the new studios. Our Birmingham studio is working on new tech and a new title, so that’s going to be something very exciting coming in the future.

Going forward, we’re open to the possibility of partnering with bigger publishers for original titles, but we also have the potential to fund those kinds of projects ourselves if we choose to do so. As we establish these new studios, there’s a lot of potential and flexibility in terms of what we’re able to do. I think that’s really exciting and puts Ripstone in a strong position for the future.

Behind the scenes of production firm RCP's international expansion