How Amplitude built up to making its dream project Humankind 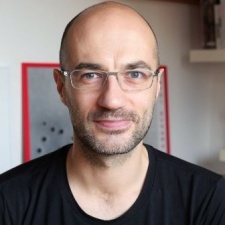 Humankind from Sega-owned Amplitude might only have been announced in August of this year, but the project has been on the studio's mind since it was created back in 2011.

The French developer has slowly built itself up over the year. What was once a five-person operation now boasts 90 members of staff and now has five games under its belt in Endless Space and its 2017 sequel, Endless Legends, Dungeon of the Endless and Love Thyself: A Horatio Story.

"We realised that we wouldn't be able to climb Everest in one day so we did two things - we created the games together platform, which is the social co-creation platform with our community where experts gamers give us their comments and feedback on what we are doing," executive producer Jean-Maxime Moris (pictured) explains.

"Secondly, we started slow. All our previous games were stepping stones. Endless Space was a strategy game on a 2D plane in space and with Endless Legend we landed on a planet and dealt with terrain, units, buildings, construction, battles and so on. We gathered the skills and knowhow and then we were ready to take it to the next level with the help of Sega, which acquired Amplitude in 2016."

It's easy to see why the studio wanted to wait before making Humankind due to, well, the project's sheer ambition.

"One part of the project is a gameplay idea which is actually a reflection of how we view history," Moris says.

"Every nation on the planet is the result of hundreds if not thousands of years of cultures intersecting and coming together. If you take me for example, I'm French but I'm half Belgian - there's an influence there. The Franks were a German and Belgian tribe that was chased by the Huns westward towards the current territory of France. We're all the result of a combination of cultures. The idea in Humankind is that you have 60 cultures to choose from to build your own unique civilisation. What you are going to do is go through six ages of history and during each age you choose from ten different cultures. What gives you is one million possible civilisations. You get to really bring your own values and ambition and gameplay philosophy and build something that is truly yours."

There's no shortage of 4X strategy titles on the market right now with the genre having seen something of a resurgence in recent years. But Moris says that Humankind stands out from the crowd for a few reasons, saying that Amplitude has innovated on the formula in a few key ways.

"This is also a game about the player leaving their mark on history. Every element, every unit, every culture, every building is historically authentic but the user gets to remix them in any way that they want and really give birth to alternate history civlisations. That's an amazing thing to do. The way we measure how players impact history is with a new unique victory condition which we call Fame. Every deed accomplished; every continent discovered, every wonder built, every alliance forged and every battle won earns the player Fame points. At the end of the game, whoever has the most Fame is the winner. It's not just about the end, it's about the journey. We want users to feel rewarded with every step towards really making a difference. Another unique thing is our battles are fully factical, which is an evolution and departure from Endless Legend. What that means is that players don't have to go to the trouble of moving all their units one-by-one on the map; they merge their units, move them around the map and when they encounter an enemy, then their arms unstack and deploy on the game map. That's really unique, as well."

The 4X genre is rather infamous for being deeply complex and - as a result - rather intimidating for users. But Moris says that one thing Amplitude has tried to do over the years is make its interface more and more refined as not to intimidate users.

"When I saw Humankind - it was codenamed Mercury then - the first thing I noticed was how accessible it looked," he says.

"If you look at Endless Space, its sequel and Legend, you can see that our interfaces and systems are really becoming more refined and simplified - getting rid of as much of as much complexity as we can, while retaining the depth of the gameplay. People love our interfaces and we receive a lot of praise for them, but you can tell looking at Humankind's that we're still hungry and won't settle until we've reached a place where we feel the most players can play our game and realise how deep they are once they invest time into them."

To end, we ask Moris what kind of balance Amplitude wants to have between existing series and new IP moving forward. The executive producer says that it isn't the right time to talk future strategy, but that it has ideas for what comes next.

"Right now, this dream is coming true and we're going to take a while to focus on Humankind. But we have ideas for the future."