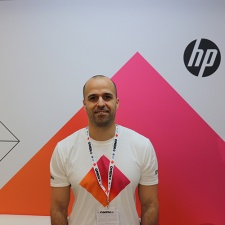 It's been four years now since mainstream tech and hardware company HP decided to move into the video games business with its new Omen brand. The firm has made some big bets to try and prove itself in the space, including sponsoring Activision Blizzard's Overwatch League since the esports tournament's debut in 2018.

The company has been successful, but consumer personal systems lead for EMEA Ricardo Silva says the brand still has a ways to go

Right, so how has the last year been for HP Omen?

It has been pretty good. We continue to invest - for us, this is a priority. We have continued to expand in the market. We are also moving into what we'd call a more strategic part of the market, which is the enthusiast market.

How would you define that segment?

A little bit more esports-focused. It's where the high-end gaming requirements are - users who want to use RTX cards and so on. We were very small in that segment and are continuing to grow in the space. For the first half of 2019, one in four gaming PCs in Europe has been designed by HP. It's a good place to be.

We always see extremes on the low and high ends. On the former, we see more and more growth, especially because we're getting feedback from kids through focus groups. They're saying that they didn't consider themselves gamers but they like to play games. We're investing a little bit more in our Pavilion brand, which is not necessarily a gaming PC but they're good for more casual or mainstream players. It's versatile enough that has power enough to game. We see that space in the market growing double digits. The other part is the very high-end side of things. Since CES this year when Nvidia announced the new RTX, we've seen that segment of the market - those hardcore fans - growing with the Nvidia RTX cards. That's driving the high-end as well.

You were talking earlier about the segment of your business focused on more casual gamers was growing. Do you have any concerns about a streaming platform like Google Stadia, which - in theory - will lower or even remove the hardware barrier to entry for playing games eating into that audience you mentioned?

I'm not really concerned. I actually think that it's very positive because things like Google Stadia will actually increase the market and bring more people in than cannibalise the gamers that are already here. Through my research through our focus groups, I've learnt that if you care so much about your device and you're willing to spend to have the latest technology, chances are you will continue to do so. But, if you want to play a game but you don't want to pay, then platforms like Stadia are a way to reduce the friction and bring more people on board. I'm not concerned. That's all based on the information and technology I have right now. Ten years from now, if streaming is magical and you don't really need much in the way of hardware and you can play on your phone, then I'll probably change my answer. But as of now, I feel like you'll have more people playing games than cannibalising the hardware business.

I see you've had something of a rebrand, ditching the blacks and reds in favour of a white and pastel colour scheme. What's the thinking behind that?

As we are growing into this market, we're becoming the No.1 PC player in this space, we're very attuned to the culture. We want to treat and see gaming as a force to progress, as a way to improve our skills; I mean like basic skills, decision-making skills, dexterity. We want to see gaming as something that helps us to be better. The second thing is it doesn't necessarily have to be self-serious. Our old branding was very alpha-type with dominating blacks. We want to break from that. There is this high-end, esports-driven market, but we're seeing more and more kids who don't consider themselves gamers but they want to game. We feel like we're not serving them. It has to be a little less self-serious and a bit more fun. The word I use to describe it is British-English - we don't use it in the US - but it captures it really well, is cheeky. It's a bit more fun, a bit more cheeky, a little bit less self-serious. That's what we're trying to reflect a little bit more. We're bright, lots of colours. It's a little more welcoming.

You've sponsored the first two seasons of the Overwatch League, as well as numerous esports teams from around the world. What's the thinking behind this investment?

It always about positioning the brand with credibility. When we started four years ago, HP was perceived as a value brand. We had to build the credibility of the brand, which is why treat Omen as special. We continue to evolve Pavilion, leveraging the credibility of that brand but also bringing it closer to Omen. The games audience tends to want people and companies to prove themselves first, so we found out that the best way to do that, to build our credibility, in addition to obviously building great devices, is to invest in events like this and bring influencers, analysts, journalists, bloggers and so on to extend that message. It helps us build credibility.