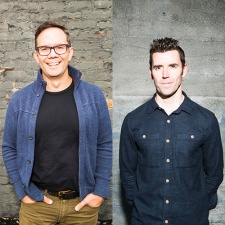 After expressing an interest in the sector for years, Take-Two finally unveiled its Private Division indie publishing label at the end of 2017. The firm is working with some top talent, including Microsoft-owned Obsidian Entertainment as well as Panache Digital Games, the studio set up by former Ubisoft Montreal creative director Patrice Désilets who helped kick off the Assassin's Creed series.

Private Division feels that this mid tier of developers - ones between the focused and lean concepts of indie studios and the sprawling ambition of triple-A companies - is underserved and wants to help these projects out. But where does this label sit in Take-Two's line-up, alongside Grand Theft Auto giant Rockstar and NBA and Borderlands maker 2K Games?

How would you say Private Division's first year-plus since it was announced has been?

Allen Murray: It’s been really great. And the truth is that Private Division was operating for over two years prior to that announcement, so we already had some momentum in signing games and getting them into production and so it’s just been a lot of the same work to keep things moving forward. But it was wonderful to finally announce a few games to the public.

There have been a number of new publishers emerging in the last four or five years, but most of these are focusing on indie titles. Why has Private Division decided to focus on more 'mid-tier' projects - i.e. games with a larger scope and team than an indie studio, but still less than triple-A - with developers such as Obsidian in the mix?

Murray: We really feel that this is an underserved space and allows for a lot of creative risk-taking, while also giving teams the budgets needed to really realize their vision. And like you mention, there are a lot of solid publishers supporting the smaller indie titles, so why compete directly with that? But when those developers are ready to take on more and their ambitions have grown, we’re here for them. And it is not just the development budgets, but also adequate marketing, PR and distribution capabilities as well.

And speaking of Obsidian, how has your relationship with them changed since the studio was bought by Microsoft?

Murray: It hasn’t changed much at all. Obsidian is composed of several game teams and we continue to work with the team on The Outer Worlds just as we have before with no real hiccups or interruptions.

You've already attracted a fair amount of triple-A veteran talent to Private Division. What is your pitch for staff to come work with you?

Murray: Our pitch for staff? Come work with these awesome developers! We’re a new and smaller organization, so our developing culture is extremely important and every new hire has a huge impact on that. So we’re very deliberate and considerate about who joins our team and for game production specifically we look for people who have worked on the development side in some capacity so they can bring that experience and empathy to the work here.

Why is it important for your development partners to retain their game IP?

Murray: There are so many reasons, but I think the core of it is creative ownership and responsibility for the long term care of the IP. The decisions the developer makes will have far ranging impact on the future of the IP and their ownership will hopefully create this focus to make the best game they can.

Take-Two's game subsidiaries, Rockstar and 2K, both seem to - generally - have a pretty high hit rate and have huge commercial results. How do Take-Two's expectations when it comes to Private Division compare to the likes of Rockstar and 2K?

Michael Worosz: It’s a Take-Two mandate that, across all of our publishing labels, quality is our north star. And speaking for Private Division, we endeavor to find bold ideas and help turn them into critical and commercial hits. So I’d say our own expectations and those of senior corporate leadership, are incredibly high.

What does success mean for a Private Division project?

Worosz: We define success in a number of ways. Firstly, were we a great publishing partner for our developer/studio? Secondly, did we “see around the corner” and find an idea that will delight a large audience years down the road when a game finally comes to market? Thirdly, did we help a new IP break through and establish itself as a future franchise? And finally: Was the project commercially viable or profitable?

Where do you see your role in the wider Take-Two organisation as?

Worosz: We see ourselves in some ways as risk-takers, and putting our passion behind opportunities that we see as big ideas, that others might have overlooked. We’re inspired by Rockstar, 2K, and the other great teams in our special industry, and as such, we aim to establish Private Division as a brand that passionate gamers can turn to and make sense of a crowded marketplace, by delivering first-rate experiences.

What lessons have you learnt in your time handling Kerbal Space Program?

Murray: Two things immediately come to mind. One, that community is critical to the success of any game. Having an indie darling be acquired by a larger company is fraught with peril and we have the forum posts to prove that not everyone was happy with that and there was a lot of worry that we would ruin the game or make it something it was not. So it was important to us, and part of our plan, to just step back and listen, understand what the community wanted, what the developers at Squad needed in terms of support for us and give them the tools to do that. And then start updating the game in positive ways.   The second is that it helped prove our thesis that an adequate marketing budget and authentic, collaborative approach could have a huge impact in this smaller, mid-tier space. The game was already 6 or so years old when we acquired it and the community had sort of plateaued, but with a modest investment in marketing we were able to increase sales and grow the player base, exposing more people to the magic of KSP.

Say we're having this conversation again in one year, what do you hope to achieve in the next 12 months?

Murray: New games have launched and I can’t wait to tell about all of things we have been working on that we haven’t announced yet! We’re building this team to be able to handle rolling operations for years to come and you’ll hopefully hear more from us each and every year.