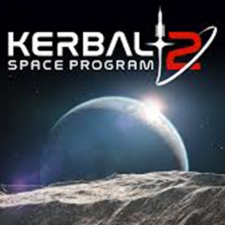 That's according to Bloomberg, which reports that employees at the games developer received a message on LinkedIn from Michael Cook, an executive producer at Take-Two's Private Division publishing label, saying that it was pulling work on Kerbal Space Program 2. If that wasn't enough, Cook said that staff should apply for a job at a brand new studio that Take-Two was setting up to work on Kerbal Space Program 2.

Star Theory's founders Bob Berry and Jonathan Mavor had been talking to Take-Two about selling the studio but weren't happy with the deal that was on the table. The developer was going to try to sign other deals to stay afloat, but Take-Two ended up hiring around 12 of Star Theory's 30 members of staff – almost more than a third. The studio has since gone bust, no thanks to this and the COVID-19 coronavirus pandemic.

“More than half of the team is now at Intercept Games,” Brian Roundy, a spokesperson for Private Division said in a statement.

“In doing so, we are empowering our deeply passionate and talented team to focus on quality, and we are thrilled with the progress that they are making on the game.”

Take-Two is one of the biggest games companies in the world, owning both Grand Theft Auto maker Rockstar and 2K, which publishes titles including NBA 2K and Borderlands. It's not uncommon for the big companies in the industry to use their size against smaller players but this is aggressive even by that measure.

Kerbal Space Program 2 was revealed at Geoff Keighley's Gamescom Opening Night Live in August 2019. Private Division announced it was opening a brand new studio in Seattle to work on the project in February of this year.