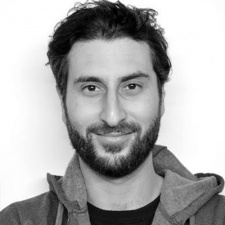 Since its inception three years ago, Paris-based studio Darewise has attracted an awful lot of triple-A talent.

Established by four developers, including Ubisoft vet Benjamin Charbit, the firm now has staff that has worked on the Halo, Dishonored, Assassin's Creed, Doom, Far Cry and even Half-life franchises.

But it wasn't always this way. In fact, what Darewise we see today is a very different beast to the company that was founded in 2015 - a publisher that operated on a movie-style production model. That meant that the firm itself was only a handful of people, with most of the work outsourced to other companies. But Charbit says this didn't work out as well as he hoped.

"We're actually very lucky and proud of the staff we have now. This is actually the second life of Darewise," he tells PCGamesInsider.biz.

"We started the company differently three years ago. I was a content director at Ubisoft on Assassin's Creed. We built this company on a production model, much like Hollywood. We were four guys who had ideas and were hiring outsourcing companies and developers to do the work.

"We're not really satisfied with the quality of the result - when it's done outside you don't have much control over what's happening so we decided to totally start again and go back to our roots of being triple-A developers. It was really important to build the studio, make triple-A games, that's what we know how to do best and we're going to do that in Paris. That's a really great location for development. The new studio opened its doors in January and we've been building up the team ever since."

Right now the firm is hard at work on a game simply known as Project C - a job clearly much more ambitious than the titles it had worked on before.

"That world is fully populated with autonomous AIs, creatures, plants and vegetation that altogether create an ecosystem that is self-sufficient. We are talking about a world that's really living and breathing. This is something we created in Assassin's Creed, but all of that was scripted and triggered by the player's behaviour. With Project C we are talking about a world that doesn't stop or rest or sleep. When you are inside or outside, things are happening. The world will be totally different if you leave the game for two months. It's really living and really persistent."

In order to match this ambition, Darewise is on the hunt for talent. When we sat down with Charbit earlier this year, the firm was just 20 people - but the plan was to grow to between 60 and 70 staff in order to get Project C finished.

For Charbit, the pitch to come work at a mid-level studio like Darewise is simple - a decent budget, great talent but less of the bureaucracy which comes with a project made by hundreds of staff.

"People from the triple-A industry love making really big games but they get tired of the burden of working in those sorts of companies," he says.

"I loved working at Ubisoft and it was an amazing experience, but I understand that you can get quite frustrated with politics, heavy decision-making processes. It has a very big impact on the development team. At Darewise, we're still making a triple-A game, we're still talking about games that will cost much more than $10m, but with a team where I'm the ultimate decision maker if there was one and I'm still a creative director. Everybody is much more human. It gets really excited.

"The second thing is Project C itself. It's fucking cool. It's going to be really big, very new, very innovative. Our partnership with Improbable is a tech one so far, to explore the capacity of the technology and sharing a lot about how we can leverage it and how we can provide our feedback on SpatialOS. These are two separate tracks. The project we're working on has so many features and systems that could leverage the technology that Improbable has."

Why yes, Darewise is yet another studio that is working with London-based cloud tech company Improbable. The French developer is using its SpatialOS to make Project C.

"All major developers have explored the opportunity to have single-shard experiences and bring everyone from the world together in a single game world," Charbit says.

"It was really such a heavy technology burden that everybody gave up. Having that opportunity to create a meaningful persistent world was very interesting.

"With new technologies, as a developer, you know that you are adding risk to your own project, which you know is already risky. That's why it's so complicated for a tech or middleware provider to find clients because you have this benefit but you are balancing that with the risk that comes with it. First, it's really functional and it really works; that's great. The thing that we find interesting and that we are really happy to be part of is to help them improve the platform and the technology from a development standpoint - how can it be better in terms of workflows, tools and processes so that as a developer we can really leverage it. Most developers are not really interested in building technologies; we are content creators. That's why we are excited. We are not so turned on about making this super amazing cool tech but we're happy to use it. They remove the burden as a developer to build tech and just focus on making a game."

While its focus is now more or less centred on Project C, there is still a hangover from Darewise's former life. Roc, a survival game made in its older Hollywoodesque production model is still on-going and is in the wild in Early Access.

"That's a legacy for us; it's from when we were still operating the company as a publisher," Charbit says.

"We did not make that game ourselves. We created the concept and worked with the developer but we were more the publisher on that."

Moving forward, the focus is squarely on Project C. In fact, Charbit describes this as Darewise's "dream game".

"We want a game that offers such a meaningful persistency. World of Warcraft was persistent but when you are offline, you don't really care about what's going on. Your friends are levelling up and other clans might just do a raid. It's not impacting you. Meaningful persistency means that when you are offline, you are thinking about what is happening right then when you're not in the game. That's the second reality that we really want to create, giving access to the player to the game world through different kinds of devices."