INSIGHT - Why it's so important to nail video game key art 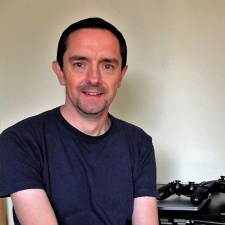 When I started playing games three score and twenty years ago games generally came in boxes. And these boxes were glorious. Amazing evocations of fantasy digital escapes by legendary artists like the amazing Bob Wakelin transported excitable kids into new realms where everything that was ever possible might just happen. Athletes ran out of the box, dynamic dogfights were fought, mythical beasts attacked heroes, warriors fought bravely.

Each six by 10 cm front a window into a fantasy, a promise that my VIC 20, sadly, never really delivered on. But these pack fronts were amazingly powerful sales tools and, although we now call this ‘key art’, they are just as compelling today and perhaps the most important marketing asset you can make.

As conventional retail declines, pack art is less important, but the key art that is portrayed on digital stores from Steam to Switch, and everything in between is vital. This is the image that propels people to your game’s store page, that piques their interest and resonates with their inner gamer. The bottom line is that they drive sales. So, what makes great key art?

There are lots of opinions on this but when you see it, you know it! I have had the privilege of working with some awesome creatives in the past, who were able to conjure amazing compositions out of thin air then have the skills to make them look superb. I can’t do that, I can barely draw a stick man, but I think I know what makes a compelling key art image.

For me key art must be dynamic, it must be true to the game, and tell a story, bring people into the action, the puzzle, the mystery. Give them a taste of what the game is about, distil a key moment into an image, add a bit of drama if necessary.

A good example is Playniac’s Insane Robots - a delightful card battler recently released on PC, PS4 and Xbox One. When I started on the project creative director Rob Davis presented me with his key art. I liked the look of it, but Rob and I agreed it was essentially a logo with some beautiful, but static, robots dotted around it.

This is great, as an image, but didn’t really reflect the gameplay which was action-packed, quick paced and beautifully seamless. So, in a moment that all of my client’s fear, I got out my iPad and did a quick sketch of what I thought would make a more compelling piece of art.

Rob agreed that I am a terrible artist, but conceded that my scrappy sketch did show more of the core of the game. The next step was to get in touch with a real artist, the amazing Alice Duke (@aliceduke) and transform my unconventional masterpiece into something that was more in line with the actual game, and it actually looked great (obviously not as good as mine but the art world is full of critics). This provided a central asset for the game which truly reflected its nature. It had battling robots, cards, attacks, and an environment all of which were key gameplay elements.

The finished result addressed our key concerns and reflected the world of the game, the excitement, the immersion, the slickness of combat, and the beautiful aesthetic, all in one impactful image. So, if you want a real rest of any piece of key art, print it out on a J-Card (historical reference) and stick it in a cassette box (borrow one off your grandad). Then sneak into Boots, put it on a shelf, stand two metres away and see if it transports you to a promised wonderland.

If it does, you have totally nailed this key art thing! If not, call me and I’ll get my Etch-A-Sketch out!