Escape Studios: Why we need video games in the classroom 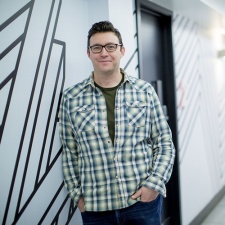 There is currently a wealth of discussion around the Creative Industries, from the debate on the lack of arts-focused subjects at school, to fewer people taking creative subjects at A-Level. All of which is at odds with research based on the UK Economy; the BFI’s UK Film Economy Report estimates the UK film industry is worth a huge £4.3bn to the economy based on figures from 2013-2016, with a further 30,000 job opportunities opening over the next five years.

So, how do we get children into the industry, bring gaming into schools and ensure more children are inspired to consider a creative career path? Part of the debate is that gaming doesn’t have a place in the classroom but we at Escape, and many in the industry, believe it's quite the opposite.

For Example Valiant Hearts, Kernels Space Programme and even Minecraft and The Sims are all great tools for teaching subjects such as history, physics, and encourage decision making.

A report by Newzoo in April 2017 stated that approximately 2.2bn people play games worldwide. With this enormous number of people playing games in their spare time, it’s astounding that there isn’t a bigger focus on using this platform within our education system.

Games can pull us into a learning environment, offering the user interactive experiences that are needed to solve problems. They engage the user in the process, an aspect which couldn’t be more vital in the classroom. With a game you have to make choices, and these choices have consequences. This is a key skill to learn early on in life. It is these mistakes that provide a platform for learning, as each mistake is made, you adapt, change and get a different result. Traditional classroom learning is very passive, you cannot reset and re-try what is learnt, most of what is taught is meant to be committed to memory, and tested in an exam based environment.

At Escape Studios, we believe that bringing the Creative Industries into the classroom at a much earlier age is key. It’s not just gaming that’s important, it’s also wider subjects such as art, which foster the creativity vital for a career in the world of games. Within my own career, I specialised in fine art, and it's these skills combined with my passion for gaming that has fuelled my success. To produce future talent with creative flair it’s important that we revisit our approach to learning and use the tools readily available to us to fuel education.

Simon Fenton has 23 years experience working in the industry. He worked at Sony Computer Entertainment Europe for 10 years, and for corporate clients in the games and TV sectors, such as Rare, Big Big Studios and the BBC.