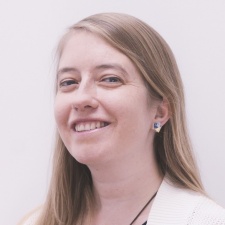 There are plenty of games out there for hitting things with swords. But hitting on your swords? That's a different story.

Kitfox Games' Boyfriend Dungeon is a "shack-and-slash" dungeon crawler where a player's weapon is as useful for kissing as it is for killing. It's an outrageous theme for sure - but as designer and co-founder Tanya Short explains, it's hardly outside the studio's wheelhouse.

“We've put out a few games already," she says.

"I think if you check those out -- from the silly Shattered Planet to the dreamy Moon Hunters to the moody Shrouded Isle -- and then take a glance at Boyfriend Dungeon, you'll know us pretty well”

Kitfox has been actively developing Boyfriend Dungeon for years. Where similar titles were rare novelties or confined to smaller communities back then, romance games have exploded in popularity and visibility since.

The wider games market has grown more accepting of dating games and visual novels, breaking ground for romance-driven games like Ladykiller in a Bind and Dream Daddy. It’s a huge change for Kitfox.

“We're not sure what year we're launching in exactly," she explains.

"But honestly, we started developing since before Dream Daddy was even announced. So obviously a few things have changed.”

It’s a more acceptable space for the kind of game Kitfox is making. But opportunity has brought competition, with Boyfriend Dungeon entering a romantic narrative space that becomes busier by the year.

“In some ways, we're calmer, but in other ways, we're more nervous since I'm sure plenty of others will be making an action RPG slash dating sim. We don't mind - I think we're a long way from saturating the dating sim market.”

“What we love about Boyfriend Dungeon is that even though it's funny and full of jokes, it's actually also sincere, underneath it all. It's not just a joke. Each weapon is a person with their own struggles and charms."

While development has been ongoing for years, in 2018 Kitfox took the plunge and launched a Kickstarter campaign for the blade romancer.

Funding was a concern of the campaign, certainly. But Short explains that it was largely a part of the game’s marketing, gauging interest while getting Boyfriend Dungeon into the public eye. This raised CA$272,280 ($202,554) from 6,991 backers - considerably more than its $48,785 goal.

“We wanted to get the word out there and see how many people actually wanted the game. It turns out there were lots, even in 2018 - on Kickstarter."

Boyfriend Dungeon isn’t Kitfox’s first crowdfunding rodeo. The team previously crowdfunded Moonhunters back in 2014. Short admits that despite the experience, the process still felt much the same.

Crowdfunding might be the best shot at getting unconventional games off the ground, but it's a heavy commitment for teams to undertake.

“We still made mostly new mistakes, so we're living the dream, but it's still exhausting as ever," Short admits.

"It's worth the effort, but it's still quite a lot of effort.”

Of course, money matters. Thanks to the campaign, Kitfox was able to expand the scope of the game to encompass more content.

“We were happy that the support of our Kickstarter backers," Short says. "They let us add stuff to the game we always wanted, like more characters.”

There are post-launch plans too, of course. Short states that Kitfox hopes to keep the game updated for at least some time with new content and systems. But the team doesn't linger on one game for too long, and Boyfriend Dungeon should be a complete experience when it hits store shelves.

“We hope by the end of it, it's a game more about humanity than blacksmithing.”

If getting sexy with a zweihander isn't your cup of tea, don't fret. Despite its size, Kitfox has managed to become a multi-project studio, with another project due for an announcement sometime this year.

“We're a team of eight working out of Montreal," Short explains.

"We work in teams of four, so we'll be announcing yet another game in a couple of months.”