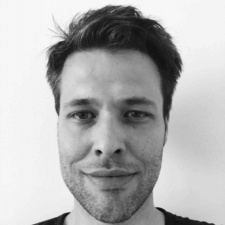 Last week, German developer Phantom 8 released its debut project, the John Wick-inspired supernatural thriller Past Cure. The game has launched to mixed reviews, but ahead of its released we caught up with the studio's managing director and producer Simon Gerdesmann to find out why eight people who had never made a game before decided to give it a go

My business partner Roman and myself have a strong SME consulting background. In the last years we started to invest and take shares in different companies. This is how we came across someone with a high level game concept. We then assessed this idea and looked at the market and sector as a whole. We discovered that with a recent change in technology, you can make a mid-sized / mid-priced game with a fairly small budget.

We call this our technology concept and build our business case around it. It comes down to affordability and accessibility of technology you need to make high-quality games - Epic changed business model to a rev share model, therefore the step-in cost is way lower and you have your hands on a very good engine. Also 3D scanning and motion capture technology got more wide spread wherethrough the cost of use decreased and the ease of integration increased.

The business plan together with the game concept made us decide to go for this cream ride and set up Phantom 8 Studio.

We started to develop the game in March 2016 with 3 people, then ramped up to around eight people. On average we developed Past Cure with eight devs only. Some people left, some joined.

A unique feature of our team is that no one ever made a game before. We were completely unexperienced. Only one guy ever worked in a game studio before but did never get to ship one.

Two important factors make up our team. Firstly, there's a very international character of the team members -Germany, Spain, Turkey, Belgium, UK, Russia and Romania - that we leveraged to build a game that not many would say comes out of Germany. 2) very multi-disciplinary team - our character artist did a lot of the cutscenes seen his background in cinematics, our animation artist did a lot of the sounds, music and voice-overs and helped to work on the story, etc.

So, all of the above brought us to where we are today - close to the digital and physical release of Past Cure by a complete newbie indie studio.

What was the pitch behind Past Cure?

Past Cure is a unique and high-quality cinematic action thriller made by an eight men development team. The game is inspired by base concepts of Inception, Fight Club and John Wick.

It is a revival of the mid-sized / mid-priced games that no one was still making due to cost and risk just being to high. But that changed now due to the evolution in technology. This is reflected in the $29.99 price point and the gameplay time of around eight hours.

The February 2018 release window could be quite good for an indie project, as there are fewer titles coming out at this time. Was this choice intentional?

In the end, the choice was intentional. Initially, we aimed for a late Q2-early Q3 release. Then we could get a physical release deal that completely messed up our timeline in a positive way - we could deliver the game to the retail market that still makes up for a good part of the console market. So, therefore, we had to move the release date. As October was a no-go zone, we aimed at early December, but also this date we quickly left behind, as competition is still to big and retailers are doing Christmas sales and closing of their business year - pushing out their stock.

The next best option, which also has lesser triple-A and game releases, in general, was February.

What has this extra time allowed you to do?

Prepare for physical release. Rework some levels from a gameplay perspective and thereby increase the overall quality of the game. Do more marketing and PR.

Your website, and press materials reference your focus on technology. Could you tell me a bit about the thinking behind this focus, and what it allows you to do?

We worked with the same tech as Hellblade and Horizon Zero Dawn did. On an indie scale, but also at an affordable price that could allow us to reach such a high quality for the game. Also, we worked with MMA champs that enabled us to bring in a very cool combat system for melee and stealth kills.

The game appears to only have English audio, with localised subtitles for a number of regions. Are there plans to do more localised audio in the future? Is there a concern you are limiting your sales potential in non-English speaking regions?

From a budget standpoint localising voice was not an option. We had to choose between 11 languages for subtitles or one extra language in voice. The choice was made up easily.

In the beginning, we only intended to do the game in English, now we have 11 languages. For us, this is already a huge step and potential increase in sales.

If the game goes well, we might consider extra voice recording in different languages.

For future games, if we are allowed to make one, we will definitely do more languages for audio. We learned quite a lot about having voice in a story driven game and what the impact on the game itself is.

What's your ambition for the game?

Our ambition was to shake up a little bit the market and show that you can make great high-quality games with a very small team and budget.

Now our ambition is to recover the self-funded investment and have enough to make the next game and grow the studio. We have some senior industry people that would like to join the studio to work on our next game. They would really increment the value of the really junior (in terms of experience) team.

Telltale on the hunt for company to finish Walking Dead, wants to hire former staff