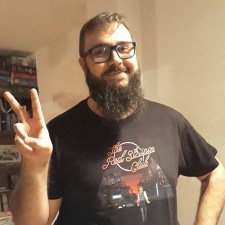 Having previous worked as a web developer, Jordi de Paco decided to move into games development because, well, he was bored. So he quit and decided to pursue his childhood dream. This was one he had tried to chase before, but this time, things were different.

"I started asking myself: 'Is this how I want to die? If I don't do anything about it this will be it' - that's when I decided to make games, my dream job since I was a kid," the creative director and co-founder of Deconstructeam tells PCGamesInsider.biz.

"However, I attempted making games in the past and always failed because the team fell apart, not able to go through the ordeal of actually finishing a game. This time I wanted it to be different, so I started making games alone so I wouldn't be able to blame anyone else for failure. I did so, making small browser games... with really lame art and no audio since those weren't among my set of skills.

"That's how Deconstructeam came to be, out of pity some people started to help me with the visuals and music, and after many projects - up to 26 right now, considering all the game jams we joined - the current team got consolidated.

"At some point during this adventure, when we still didn't consider had enough quality to make a living out of game development, Devolver contacted us and changed our lives, backing us to release Gods Will Be Watching."

That point-and-click title launched back in July 2014 and gave the team confidence that they could make a living from indie games development.

"[The performance of Gods Will be Watching was] surprisingly good," de Paco says.

"It was our first commercial project and we weren't really sure we had the skills to deliver a proper game. However, it worked really well both financially and critically. We gained a lot of fans and have been living for three years out of the proceeds of the game, making our dream of living from game development true. More than we'd ever imagined, to be honest."

Deconstructeam is on the verge of launching its sophomore title, cyberpunk narrative-driven game The Red Strings Club - an experience about - in de Paco's own words: "Fate and happiness featuring the extensive use of pottery, bartending and impersonating people on the phone to take down a corporate conspiracy."

This new project has naturally been influenced by the studio's experiences working on Gods Will Be Watching.

"Apart from the success, Gods Will Be Watching left us with a powerful thing: a trauma," de Paco explains.

"Our first game was super challenging, even cruel. That kept a lot of people from actually finishing the game, missing an important part of the narrative we prepared. That's why there aren't fail states in The Red Strings Club, we've focused on placing the challenge on the emotional side, to challenge the player's ideas. In our new game we want to communicate a message we consider very important, so we gave accessibility a big priority."

The Red Strings Club is rather different to what people might expect from a cyberpunk title. Certainly, in video games, that particular niche is often characterised by pumping synths, ultraviolence all with a beautiful neon hue. This project, by contrast, is quiet with a focus on slower, puzzle and narrative-driven gameplay. de Paco says that this is still cyberpunk - just a different approach than most games take.

"We chose the mood and aesthetics very carefully, but I don't feel we're antithetical to cyberpunk," de Paco says.

"I think we're just different from how video games usually do cyberpunk. In literature, you have many great cyberpunk works that aren't about noise, violence, and shiny lights. Cyberpunk was an excellent setting for us to explore the kind of questions our narrative poses."

The Red Strings Club is set to release this month, with de Paco saying that - beyond making money for the team - he hopes the game's themes resonate with players.

"We put a lot of ourselves in The Red Strings Club," he says.

"This game talks about depression, about hate and how society deals with them. We'd love for players to engage this themes and hopefully affect their lives in a positive way. But that's for time and people to tell. Also, we expect to keep making a living out of games!"